An Incident with Metropolitan Anastassy in Jerusalem

Retold by Abbot Lazar from the story of Hieromonk Seraphim 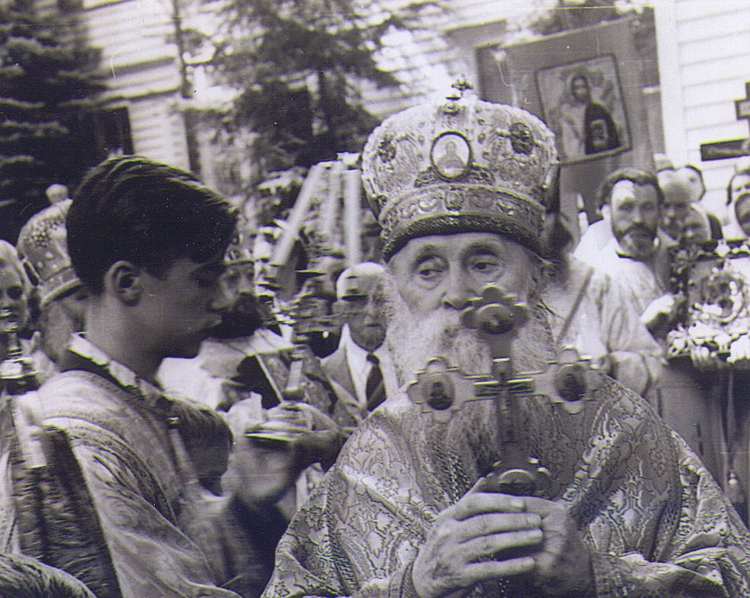 One day in Jerusalem, before the Russian Revolution, Vladyka Anastassy, then the Archbishop of Kishinev and Hotin, was serving the Divine Liturgy in one of the churches of the Russian Mission. During the Cherubic Hymn, he, according to the order of the hierarchal service, went to the oblation table, and there took out particles for the living and the dead. He always spent a long time at this, commemorating without notes.

Suddenly, somehow, the large Russian-made lampadion above him broke and hit him in the head. The glass broke, and Vladyka Anastassy’s face was covered with cuts. All the brethren — the archimandrites, hieromonks, deacons were shocked and ran off looking for towels. Vladyka’s face was covered with blood. They dried him off and stopped the blood flow. There was unrest in the church, and noise, since everyone could see through the open royal doors what was happening in the altar. But amazingly, as always, Vladyka Anastassy did not open his eyes, and did not look around during the service without necessity, and did not even open his mouth, even now: he didn’t open his eyes and didn’t look to see what was happening around him, but continued to take out particles, repeated, “remember, O Lord, remember, O Lord,” commemorating from his memory the names familiar to him. And thus, with a scratched-up face, with dried drops of blood on his forehead, he went out at the Great Entrance and accepted the holy offering, and as if nothing had happened, made the usual exclamations at the reception of the diskos and chalice. Meanwhile in the church, until the very end of the service, many were unable to hold back their tears, and others simply stared and Vladyka as a miracle had occurred.

The liturgy ended. As usual, Vladyka Anastassy invited all who served with him into his quarters for tea. Usually, there were everyday conversations, but connected with church: why was the choir director more irritable today that usual, why did Ivan Ivanovich drop a candle, why didn’t such-and-such a hieromonk serve, why did they ring just one bell, instead of all of them (there were no people, just a single bell ringer), and so on. Such were the conversations on this memorable day of the lampadion catastrophe. Vladyka Anastassy talked about everything and everybody, but not a word about the lampadion catastrophe — not a word, as if it hadn’t happened at all. And none of the brethren dared say a word about the incident — they didn’t dare to apologize or make excuses. But everyone remembered the incident.

Russko-Amerikanskii Pravolsavnyi Vestnik, no. 1, 1943. From the cycle “Everyday Saints Abroad”

Tags: history, REM of the ROCOR