Archbishop Theophylactus of Jordan, Patriarchal Vicar of the Church of the Nativity of Christ in Bethlehem Reposed in the Lord 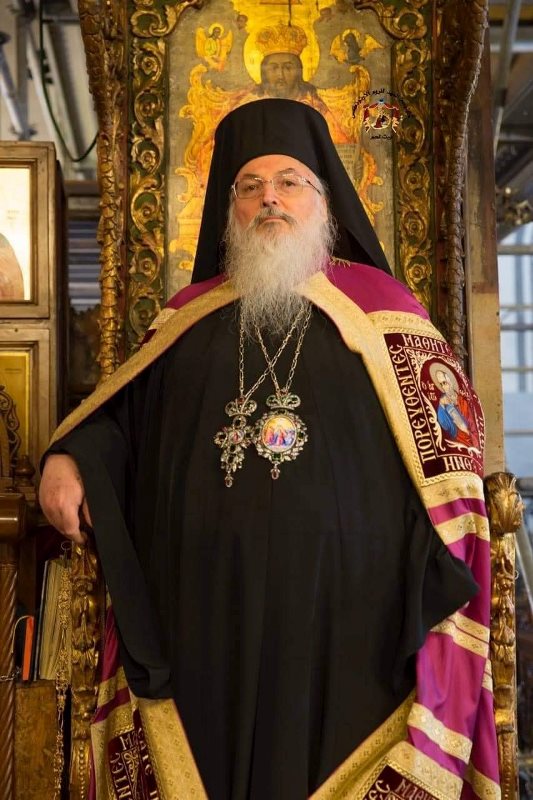 Archbishop Theophylactus (Georgiadis), a member of the Holy Synod of the Jerusalem Patriarchate, died at the age of 71 in the early morning of October 8.

Since Vladyka spoke Russian fluently, he was very popular and loved among Russian pilgrims to the Holy Land.

On Saturday, October 9, Patriarch Theophilos III of Jerusalem with a host of bishops and clergy performed the episcopal funeral service in the Church of Saints Constantine and Helena Equal-to-the-Apostles in the Patriarchate. Among the worshipers was the head of the Russian Ecclesiastical Mission of the ROCOR, Archimandrite Roman (Krassovsky) with the abbess of the Gethsemane convent of St. Mary Magdalene Mother Elisabeth (Smelic) and several sisters of the monastery.

After the funeral service, the body of Archbishop Theophylact was transported to Bethlehem where he was buried in the monastic cemetery behind the Church of the Nativity of Christ, where he put so much work for the glory of God.