On the third day of Pentecost, June 9, the head of the Russian Ecclesiastical Mission in Jerusalem, Archimandrite Roman (Krassovsky), accompanied by mission member Fr. Roman Gultyaev, inspected the mission’s land, called Beit Zahar, translated from Arabic as “Zakharia’s House” . The head of the Antiquities Authority of Judea and Samaria, archaeologist Kirill Shkolnik with an employee of the University of Jerusalem, a leading specialist in the Byzantine monuments of the Holy Land, art critic Svetlana Tarhanova, accompanied the head of the Mission and conducted a tour introducing him to local attractions. 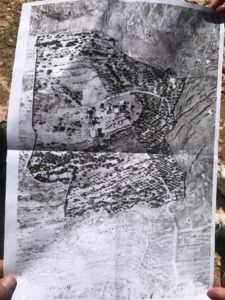 Beit Zahar is located on the Hebron Highlands in the vicinity of the Jewish settlement of Gush Ha Zion. A land plot of impressive size was acquired in 1903 by the Head of the Russian Ecclesiastical Mission archimandrite Leonid (Sentsov) for the construction of a courtyard and a hostel in which pilgrims could stop and rest on their way from Jerusalem to Hebron.

The plot was purchased from an Arab family from the neighboring village of Beit Umar. The area of the acquired plot, relative to other lands of the REM, was quite extensive 151 155 sq. m. As it turned out later, the land of Beit Zahar is quite fertile and ideally suitable for agriculture.

The first inhabitant of the compound was an employee of the Russian Ecclesiastical Mission Leonty Fedorovich Sudomoykin, later, monk Lazarus, who arrived in Jerusalem from Barnaul Siberia in 1902. A year later, in 1903, he was appointed builder of a new compound in Beit Zahar. A stone fence was erected around the entire site, a road was brought up and a three-story house for pilgrims was built, which could accommodate up to 300 people. When the pilgrims house was built in 1909, ancient ruins were discovered on the site. 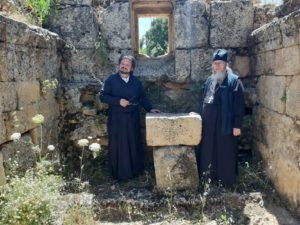 Excavations revealed the remains of a small Byzantine church, in which there was a poorly preserved mosaic with animal drawings and an inscription mentioning the name of a certain Zacharias. This was a very valuable archaeological discovery, since ancient church historians had information about the existence of a church in Beit Zahar and displayed on a Byzantine mosaic map in Madaba. Over 10 years, a formidable compound was created by the labors of Father Lazarus and the workers of the REM in Beit Zahar. Land terraces were cultivated, 2370 fruit trees, a vineyard, vegetable gardens were planted, and in the chalky land Father Lazar dug caves like the caves of the Pskov-Pechersky Monastery and planned an underground cave church of the Righteous Lazarus of the four days, which he never managed to build. The First World War, the revolution and the collapse of the Russian Empire radically influenced the subsequent history of Beit Zahar. In 1914, all subjects of the Russian Empire amongst them father Lazarus, were forced to evacuate from Palestine. Almost all of the Russian farmsteads in the Holy Land, including Beit Zahar, were left unattended and subsequently looted by local residents.

In 1919, some former members of the REM and, among them, Father Lazarus, returned to the Holy Land. However, he was already in advanced age and could not continue his work in Beit Zahar. Father Lazarus reposed in the Lord on the first day of Pascha on May 1, 1932 and was buried in the upper cemetery of the Russian Monastery on the Mount of Olives in Jerusalem at the base of the bell tower. 1919-48 the brothers of REM cultivated the land of Beit Zahar, harvested fruit trees and a vineyard. And even a small winery was built on the land. During the Arab-Jewish War in 1948, Beit Zahar was occupied by soldiers of the Jordanian Legion. Subsequently, a military base was established there, which in May 1948 was repeatedly attacked by forces of the Israeli army. In the end, the Jordanian military blew up and destroyed all the buildings of Beit Zahar, destroyed were the orchards and the vineyard, turning the once magnificent Russian compound into complete ruins.

In 1970, when the territory of Beit Zahar came under the jurisdiction of the State of Israel, between the REM ROCOR and the Israeli company Hamuta, an agreement was signed on the long-term lease of most of Beit Zahar, with the exception of a small section in the central part of the courtyard and the road adjacent to it. The REM retained the historical part on the top of the hill, where there used to be the pilgrim house, excavations and caves. This small plot is 4250 sq.m., is managed by the REM today. Today, the Mission is considering the possibility of conducting archaeological research on it and possibly reconstructing some of the buildings of the Beit Zahar compound. 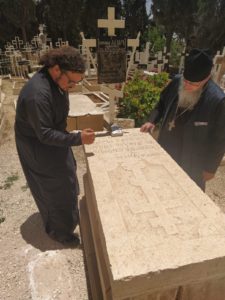 After visiting the land, destroyed structures, caves, cisterns and a detailed acquaintance with the archaeological antiquities of Beit Zahar, the delegation was invited to familiarize themselves with the excavations of the nearby Byzantine pilgrimage complex in the village of Migdal Oz, excavated in 2015-18 by district Archaeologist Cyril Shkolnik. A large ancient 6th-century basilica built by Emperor Justinian was cleared and investigated on the site, and a 4th-century chapel was discovered in the crypt of this church which show elements of veneration at this site from the first centuries A.D. Kirill Shkolnik suggests that this may be an ancient Jewish font in which the apostle Philip baptized the Ethiopian (Acts 8, 36-39). In addition to other shrines, a stone vessel was discovered in an ancient crypt where the relics of slain Christians were buried during the invasion of the Persians in 614.

The REM expedition to Beit Zahar ended in the Mount of Olives Monastery of the Lord’s Ascension, where “eternal memory” was sung at the grave of Schema-monk Lazarus (Sudomoykin). 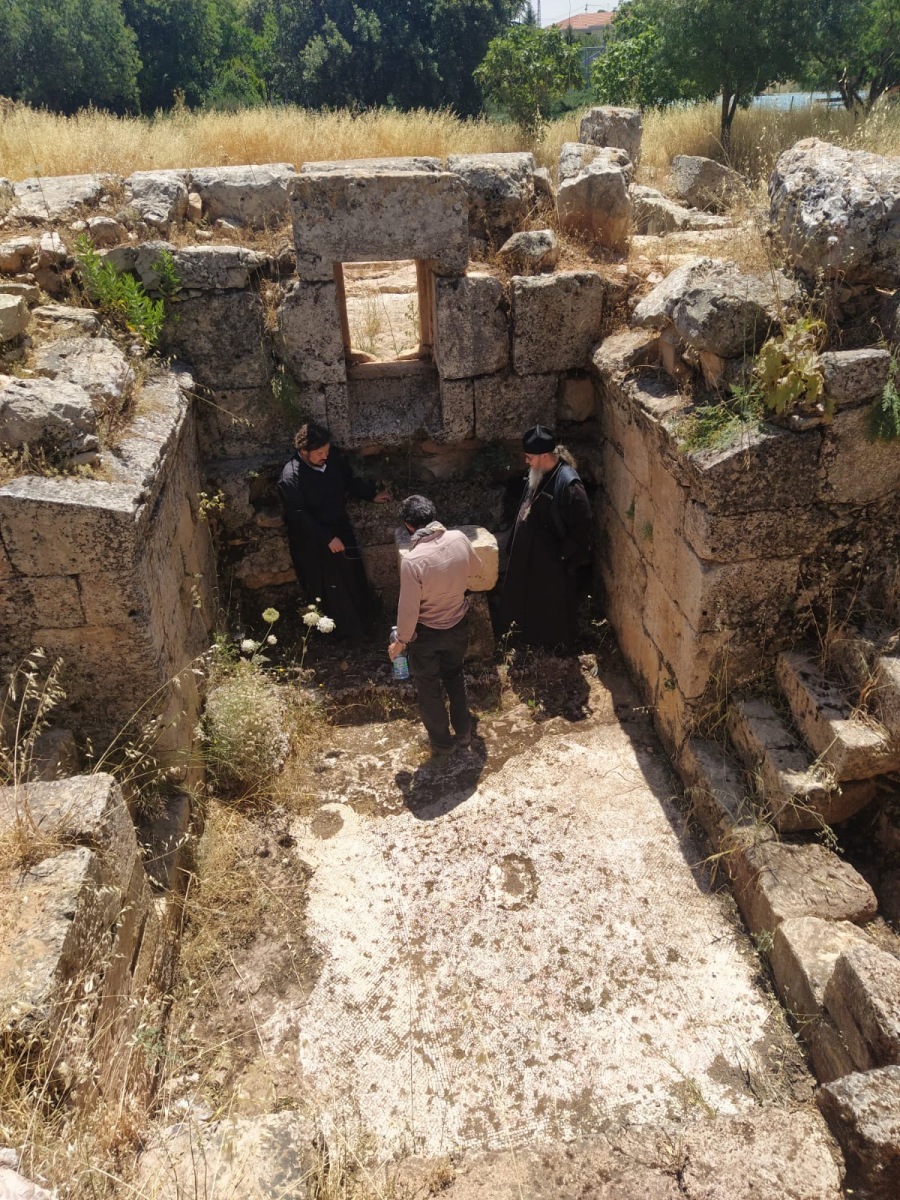 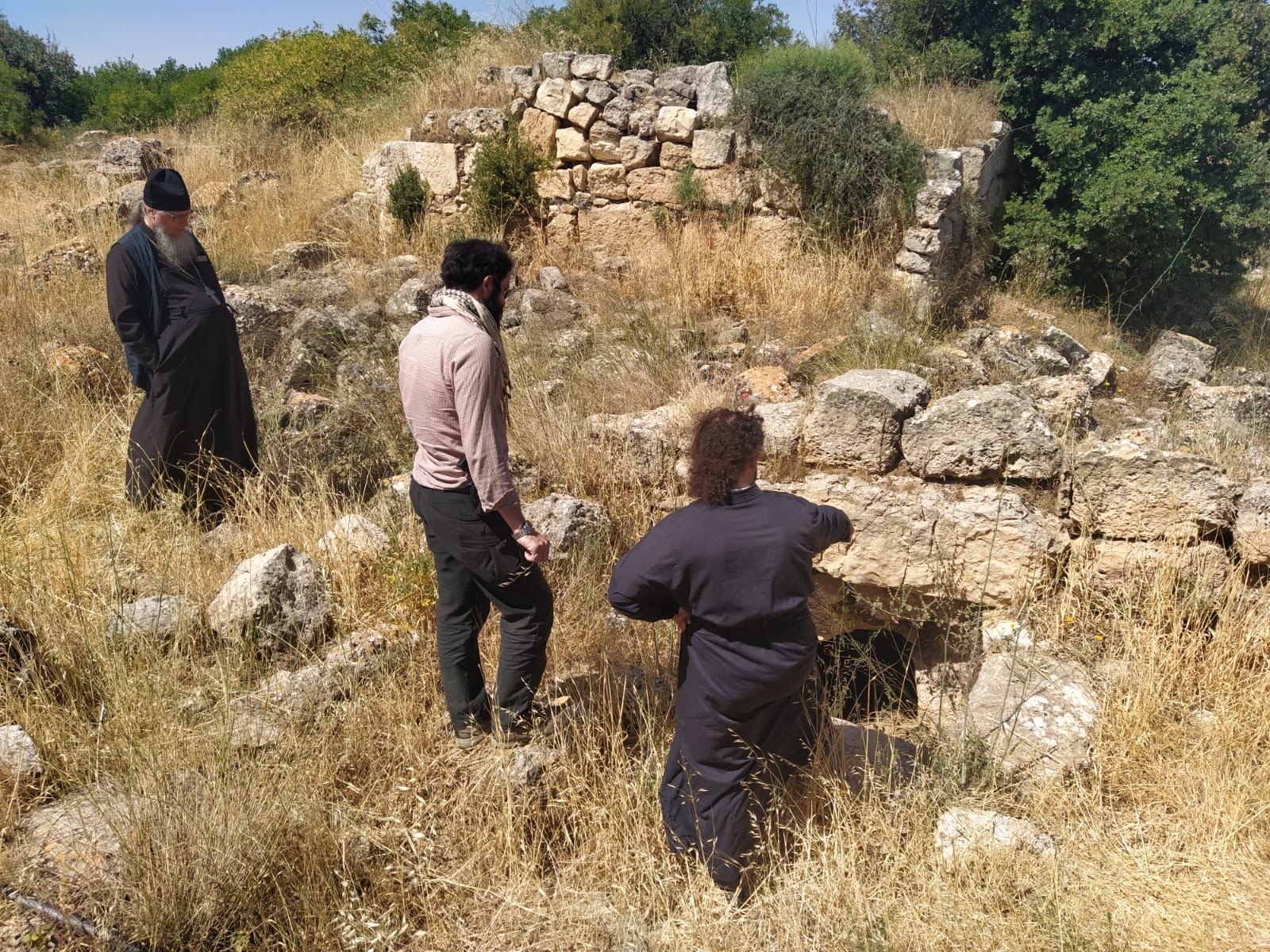 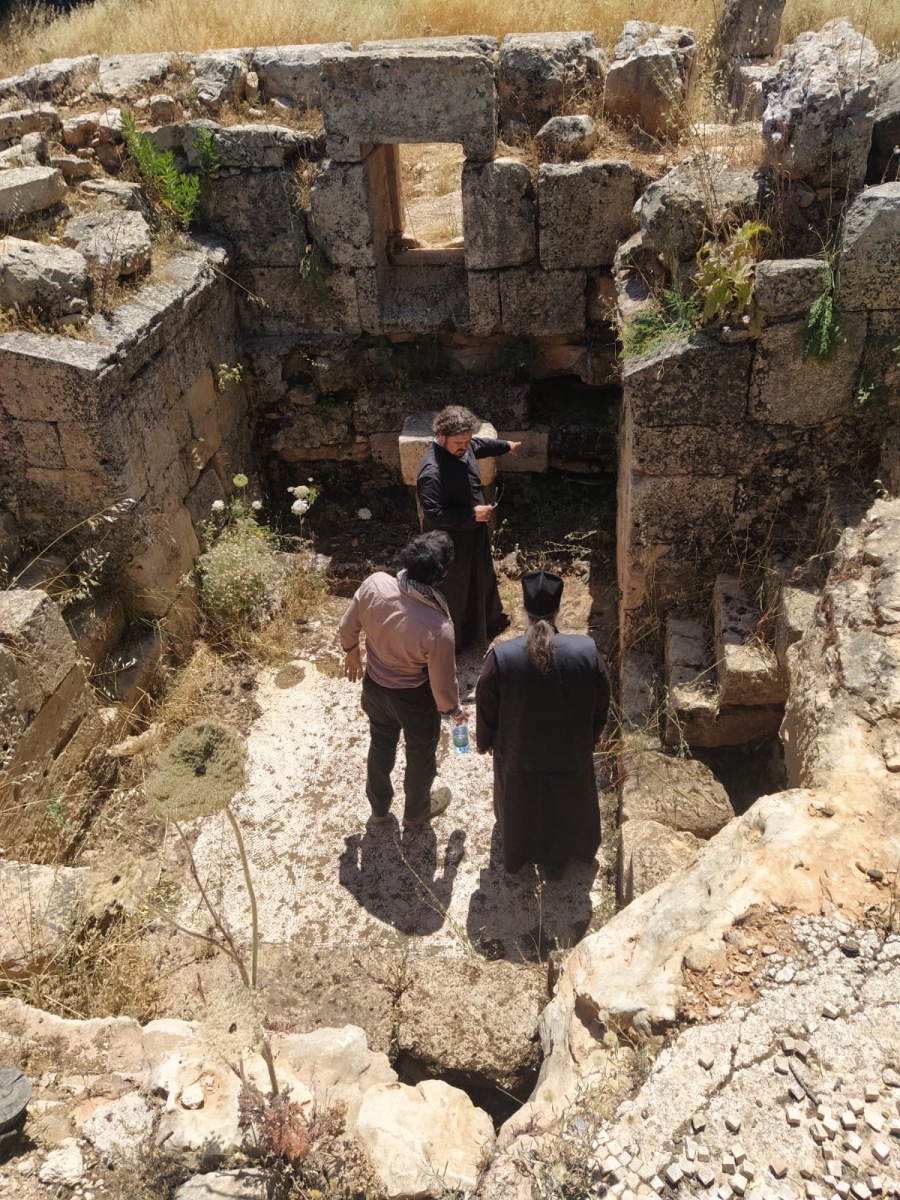 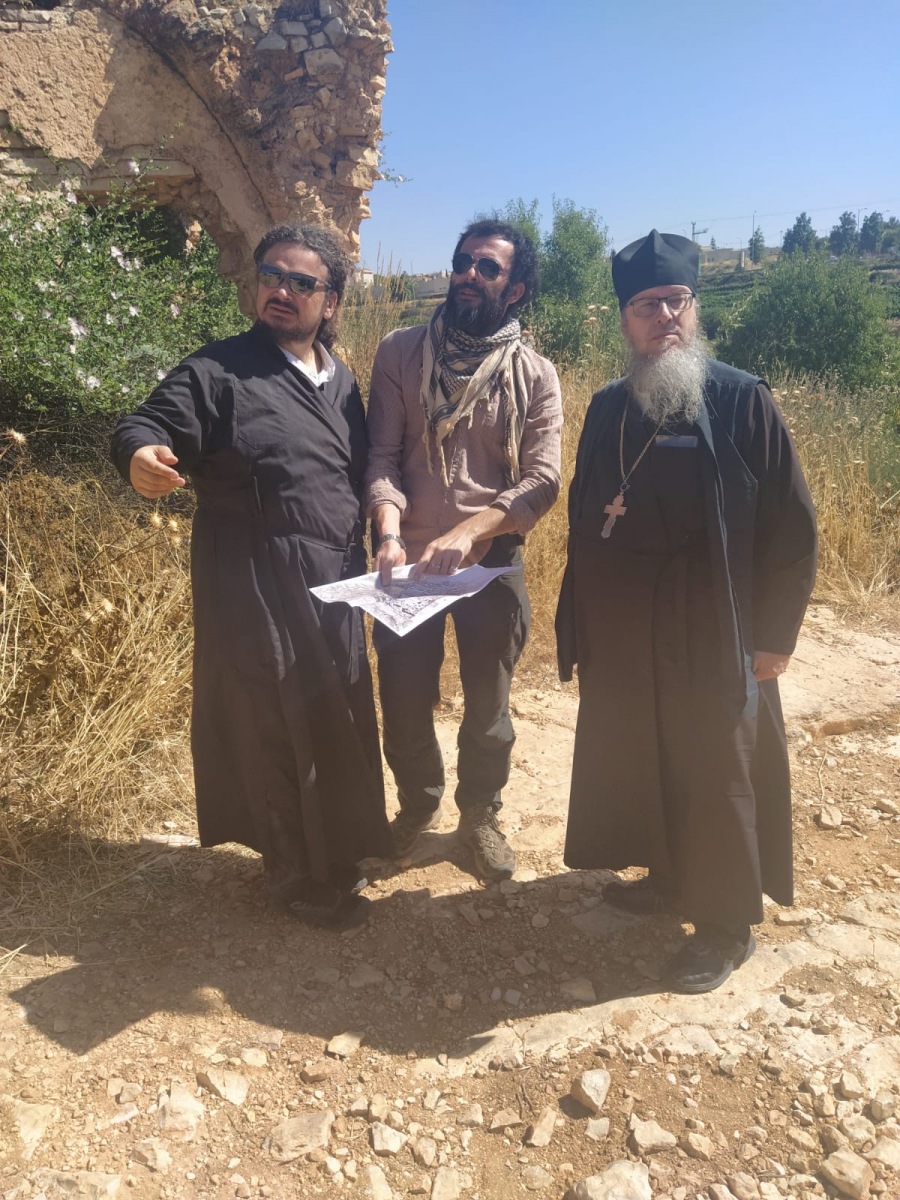 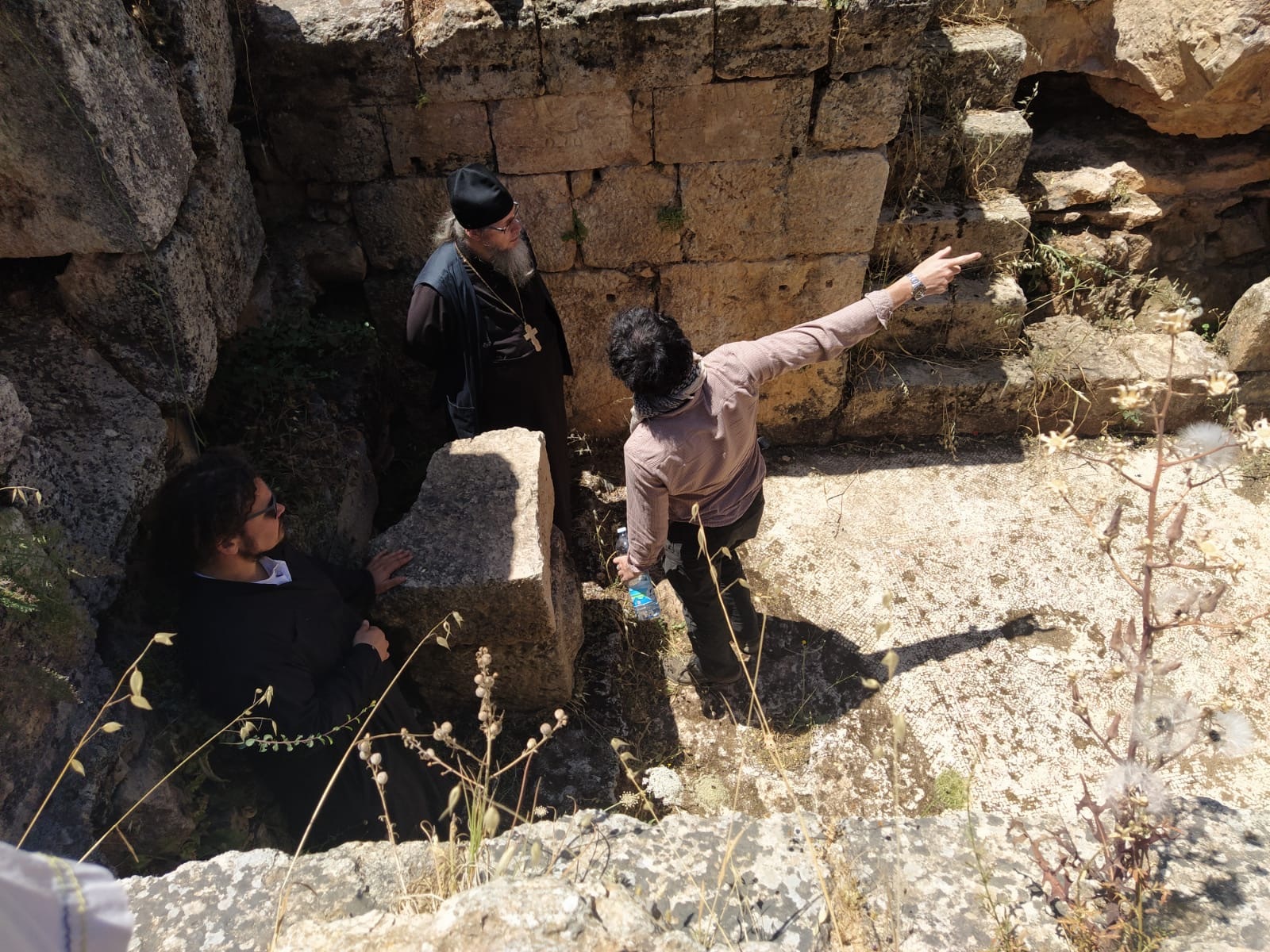 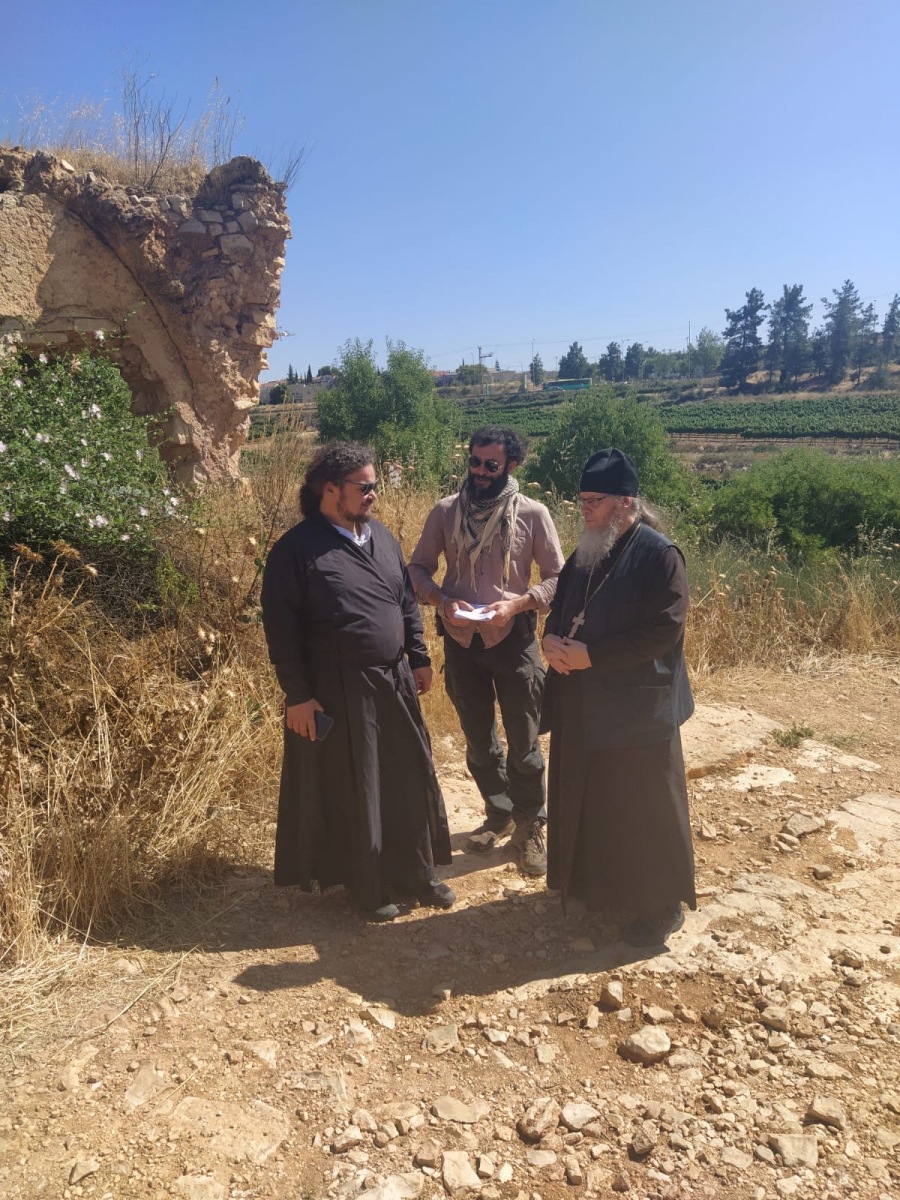 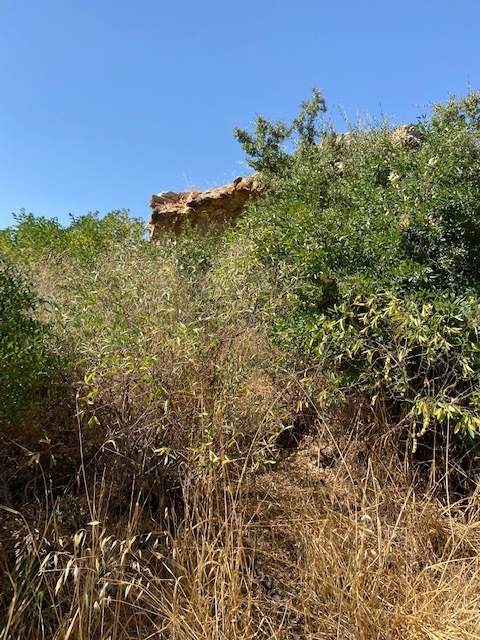 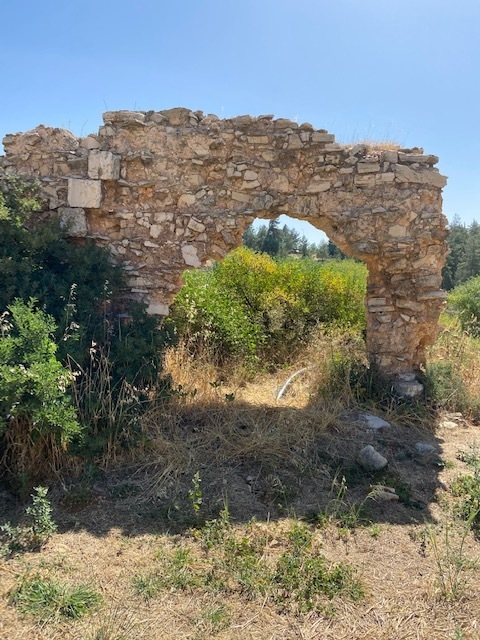 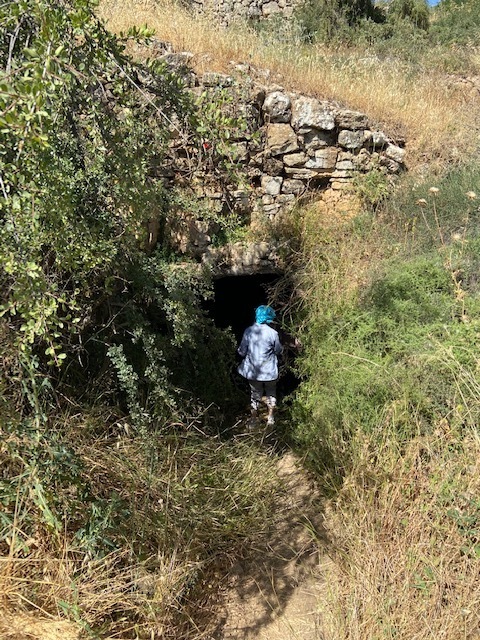 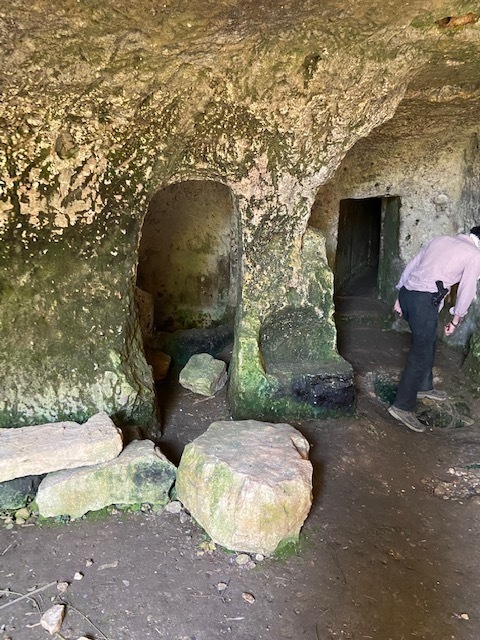 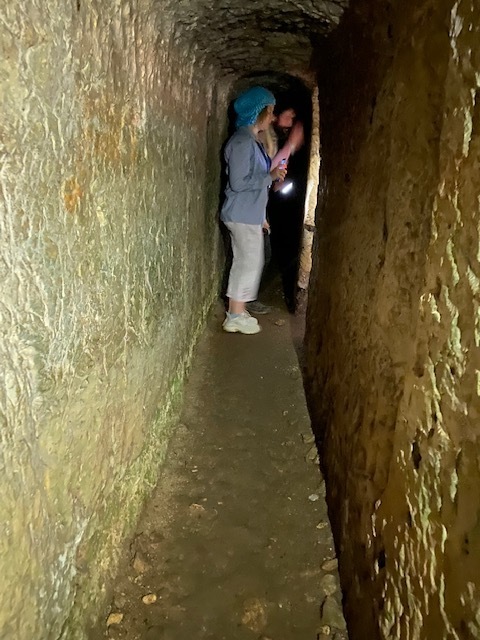 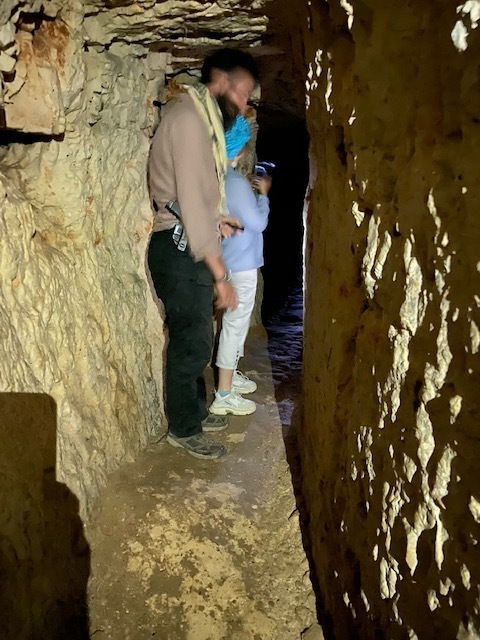 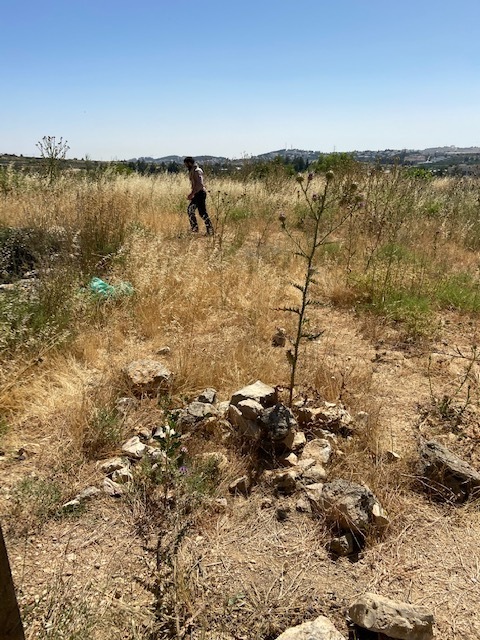 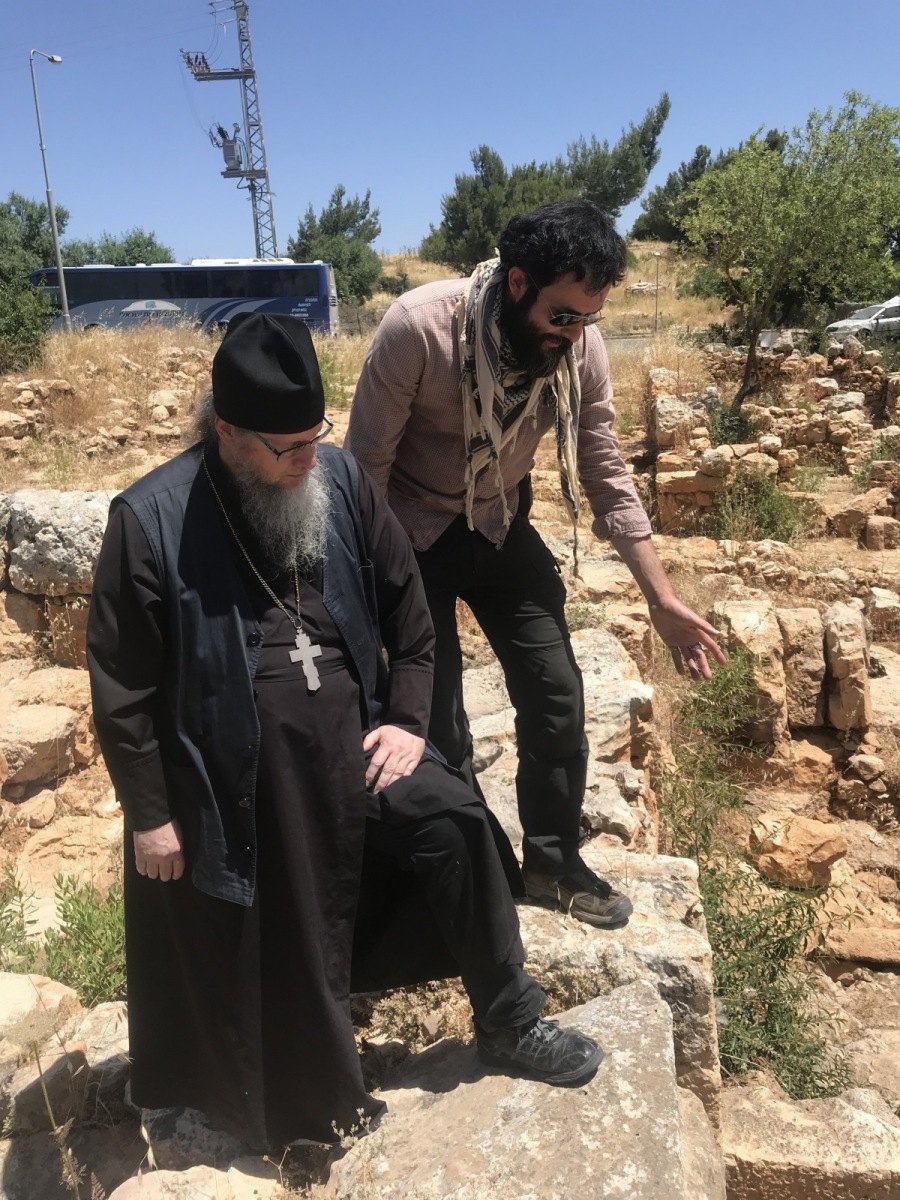 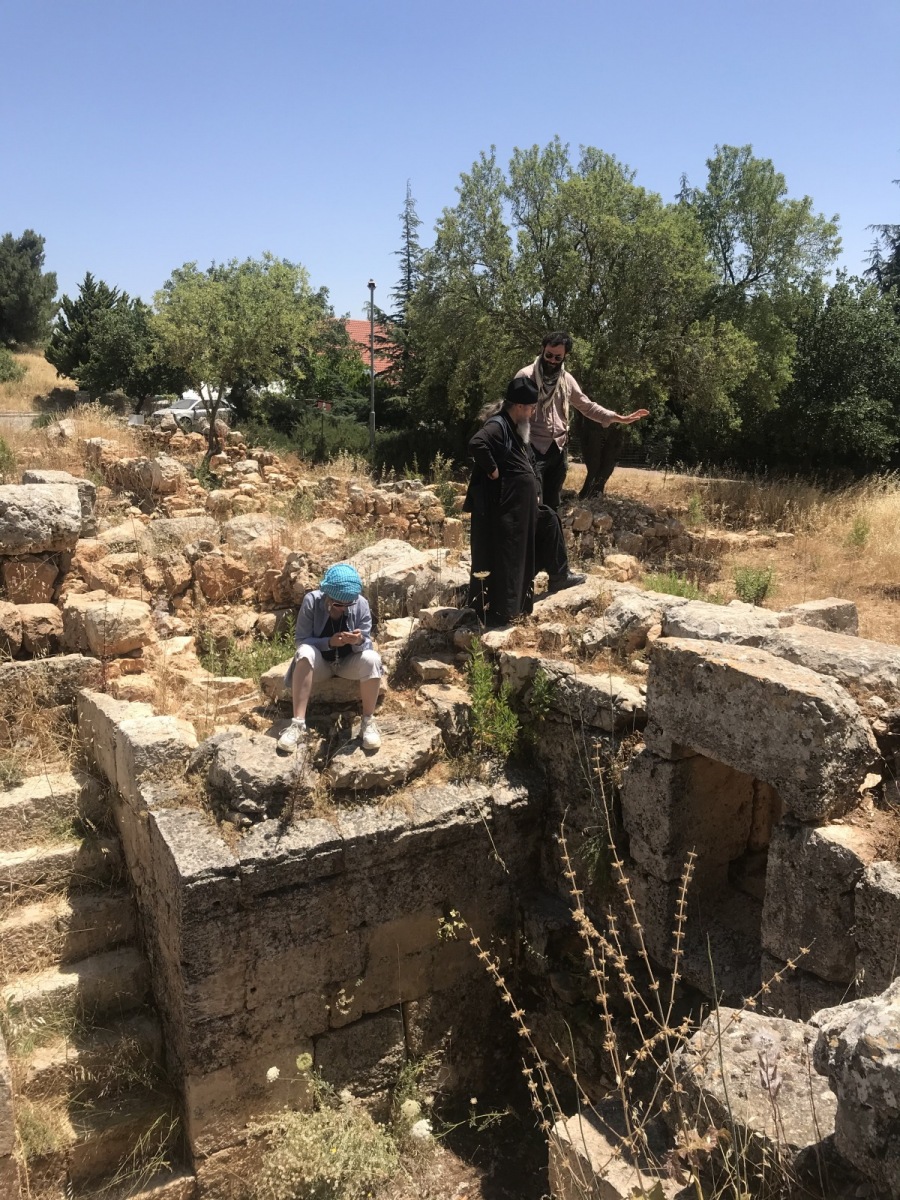 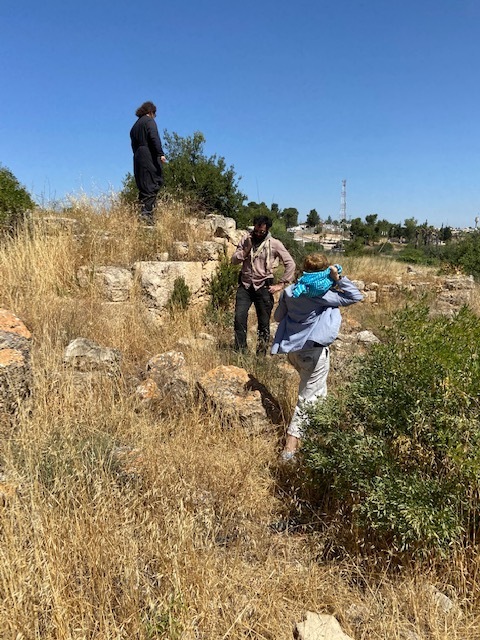 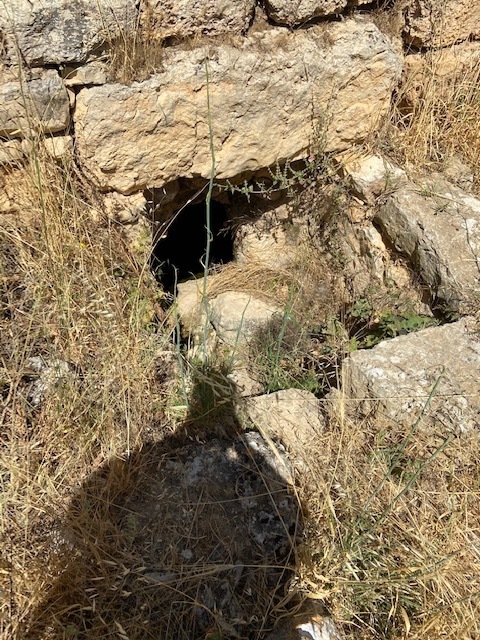 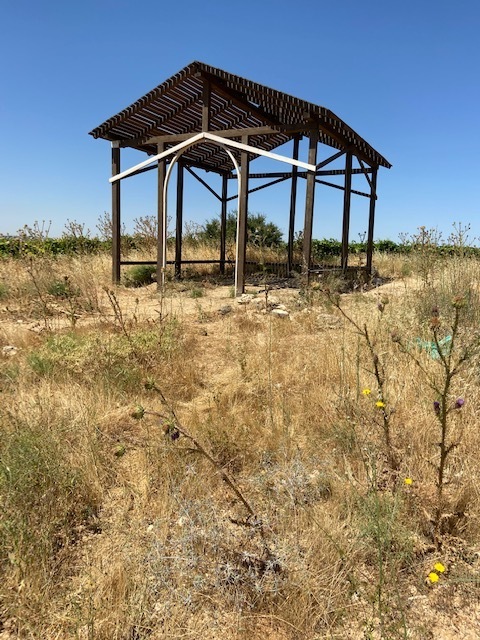 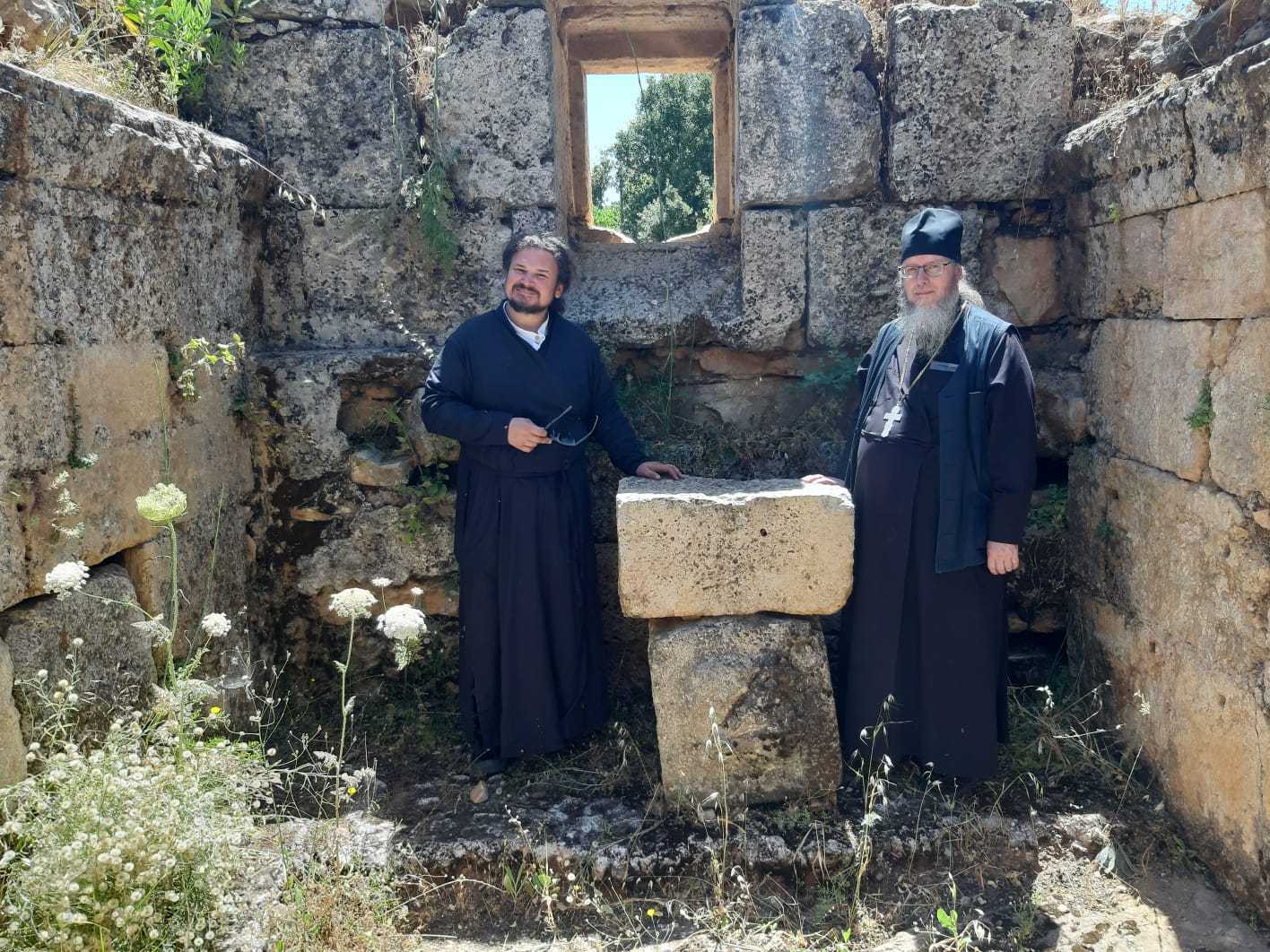 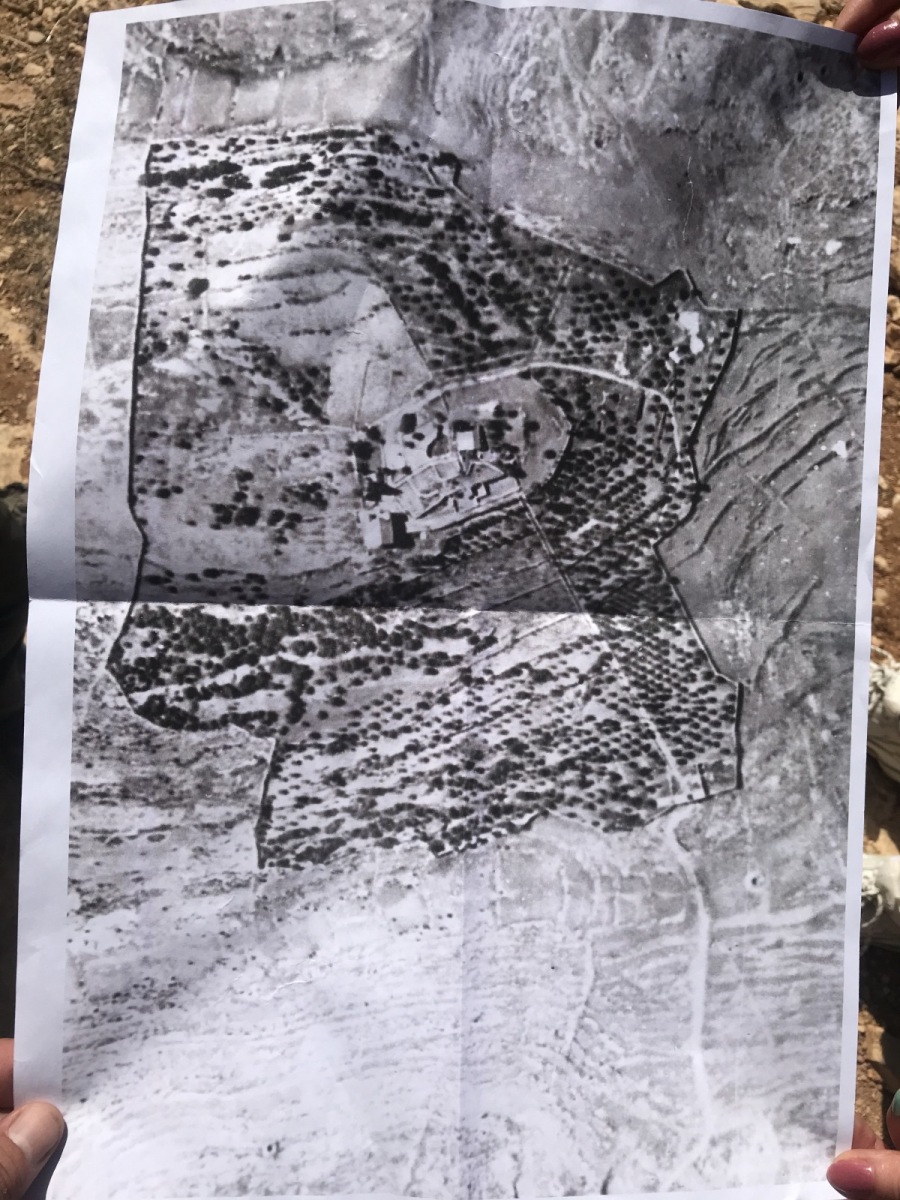 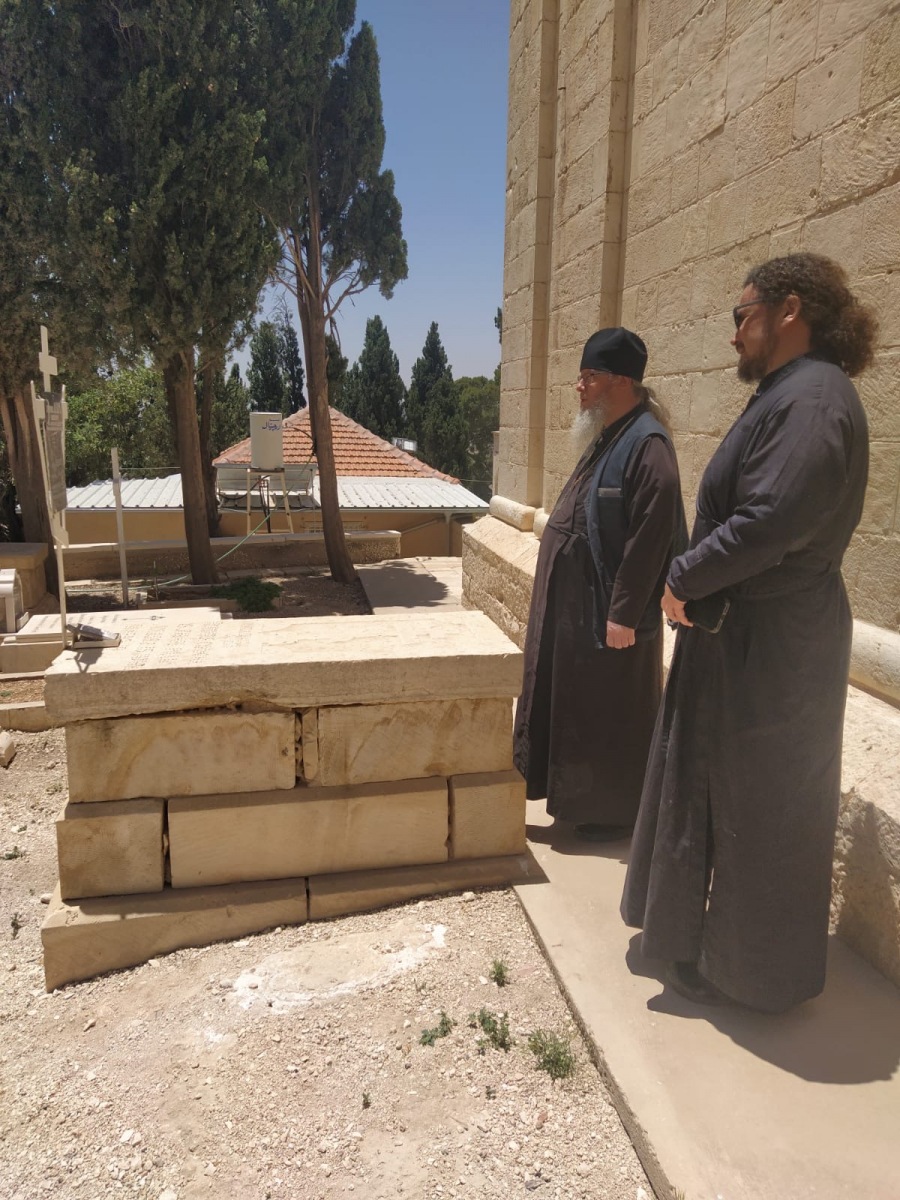 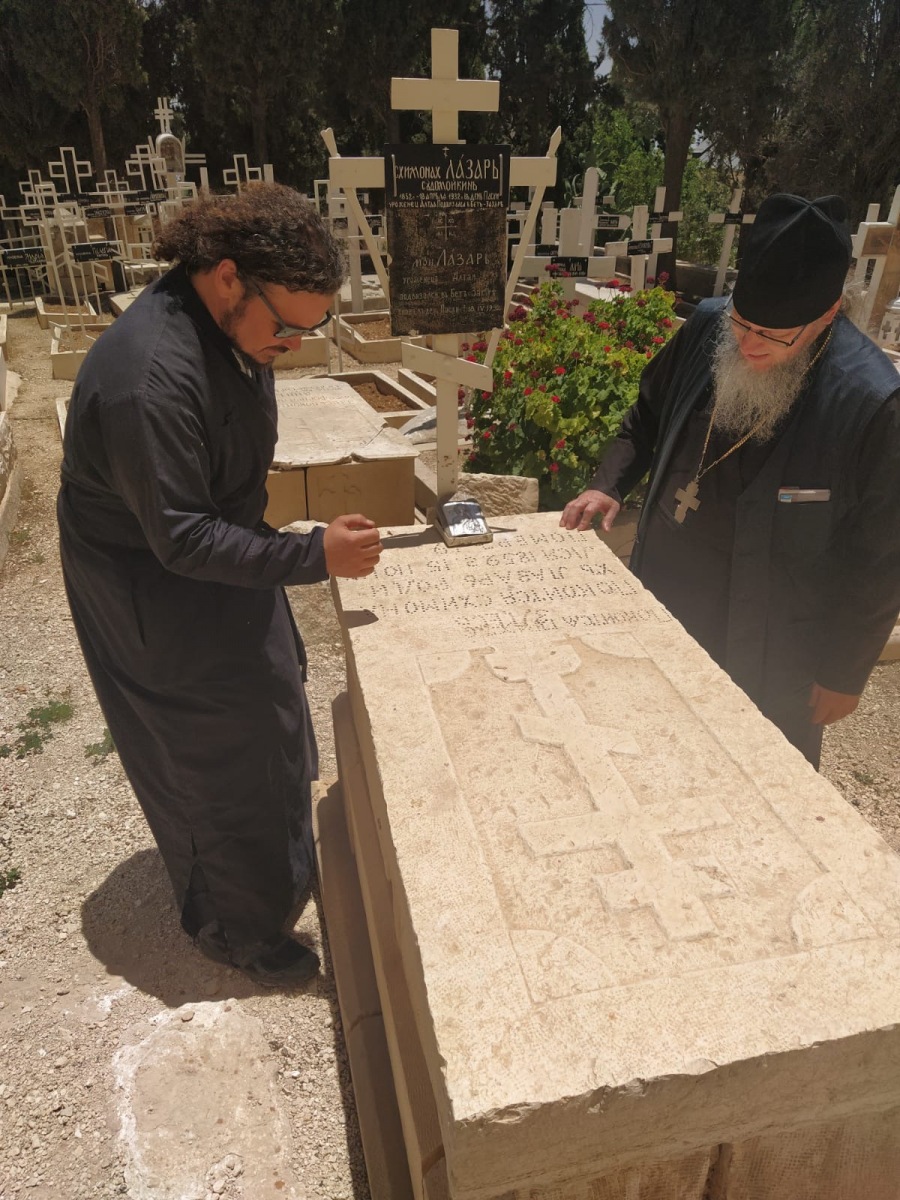