On Sunday, November 29, 2020, Jerusalem celebrated the 100th anniversary of the acceptance of the Russian Ecclesiastical Mission in Jerusalem under the omophorion of the “Supreme Ecclesiastical Administration Abroad” (later reorganized into the Synod of Bishops of the “Russian Church Abroad”).

100 years ago, on November 19, 1920, the members of the Supreme Ecclesiatical Administration Abroad (SEAA) – Metropolitan Anthony (Khrapovitsky) of Kiev, Metropolitan Platon (Rozhdestvensky) of Odessa, Archbishop Feofan (Bystrov) of Poltava, Bishop Benjamin (Fedchenkov) of Sevastopol, held their first meeting outside of Russia – in the port of Constantinople on board the steamer «Grand Duke Alexander Mikhailovich». This date is considered to be the day of the establishment of the Russian Orthodox Church Outside of Russia.

On November 22, the second meeting took place, among the members of the SEAA was included the Archbishop of Kishinev and Khotin – Anastasiy (Gribanovsky) living at that time in Constantinople. At the meeting, a resolution was adopted to extend the powers of the SEAA with service to all aspects of the church life of Russian refugees outside Russia. The bishops who found themselves in exile fully understood the need to centralize the church administration abroad, but the SEAA was not able to consolidate its position immediately. One example of such a gradual establishment of ties with foreign dioceses and missions is the history of relations between the SEAA and the Jerusalem Mission.

On November 29, 1920, the third meeting of the Supreme Ecclesiastical Administration Abroad took place in Constantinople. The meeting, in particular, discussed the need to take urgent measures to normalize the affairs of the REM in Jerusalem. At the same meeting, the Supreme Ecclesiastical Administration appointed the senior cleric of the REM, Hieromonk Meletius (Rozov), as acting head of the REM, in fact, already since 1918, replacing the head of the mission, Archimandrite Leonid (Sentsov), who had died in Moscow.

On the day of the 100th anniversary following  the Divine Liturgy, the current Head of the Mission, Archimandrite Roman (Krassovsky), solemnly served a thanksgiving service at the Convent of Our Savior’s Ascension on the Mount of Olives. Father Roman was co-served by Abbot Iona (Galishnikov) and Deacon Vyacheslav (Batalsky). At the service, they commemorated all the deceased hierarchs of the ROCOR, the heads of the Mission and all reposed brothers and sisters. Many Years was intoned for His Beatitude Patriarch Theophilos III of Jerusalem and All Palestine, His Holiness Patriarch Kirill of Moscow and All Russia, His Eminence the First Hierarch of the Russian Orthodox Church Outside of Russia – Metropolitan Hilarion, His Eminence Metropolitan Mark of Germany and Berlin, for many years the Synodal Overseer of the REM (celebrating this day the 40th anniversary of his episcopal ordination) the Head of the Mission with Brotherhood and the heads of the monasteries – Abbess Barbara and Abbess Elizabeth with their sisters. 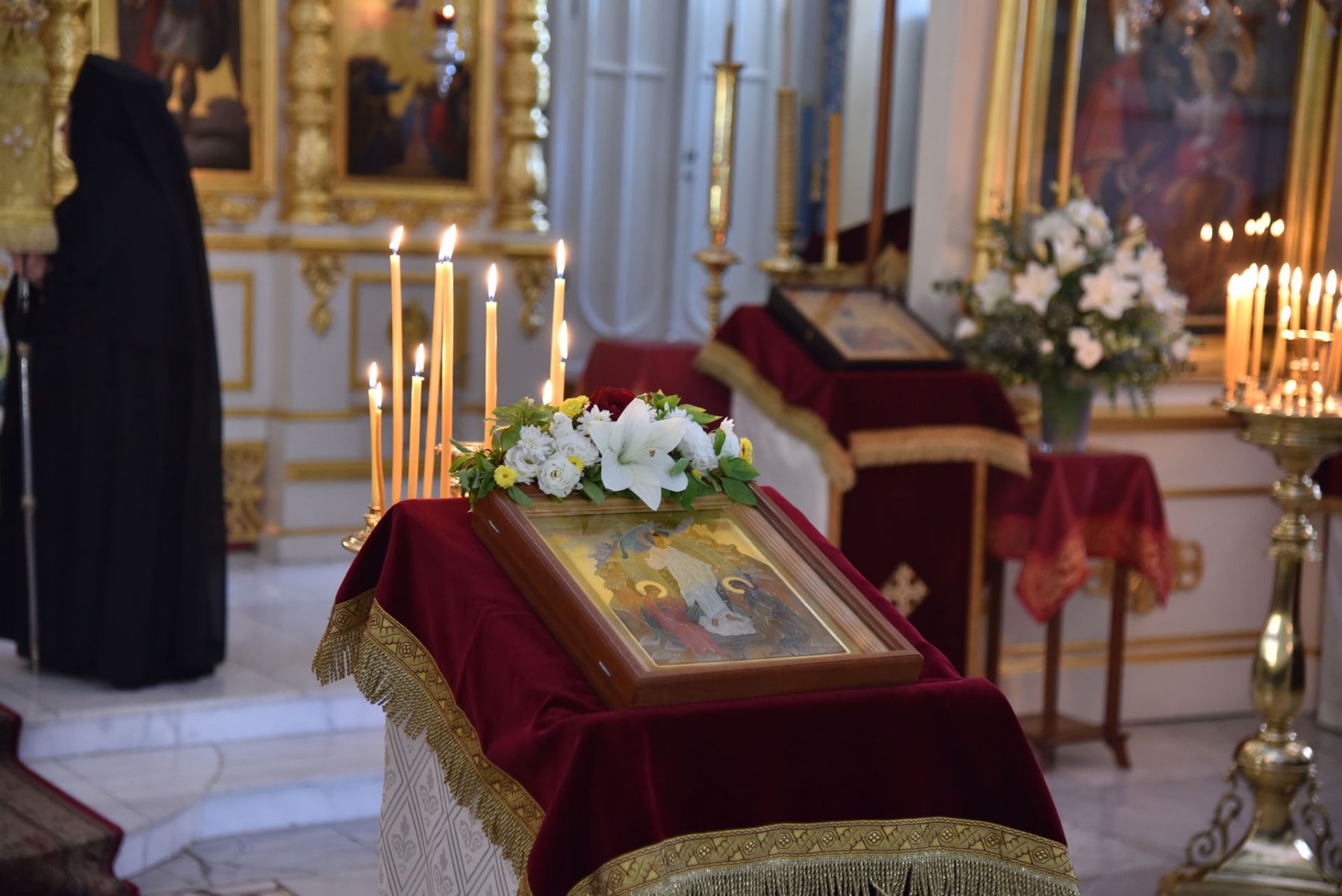 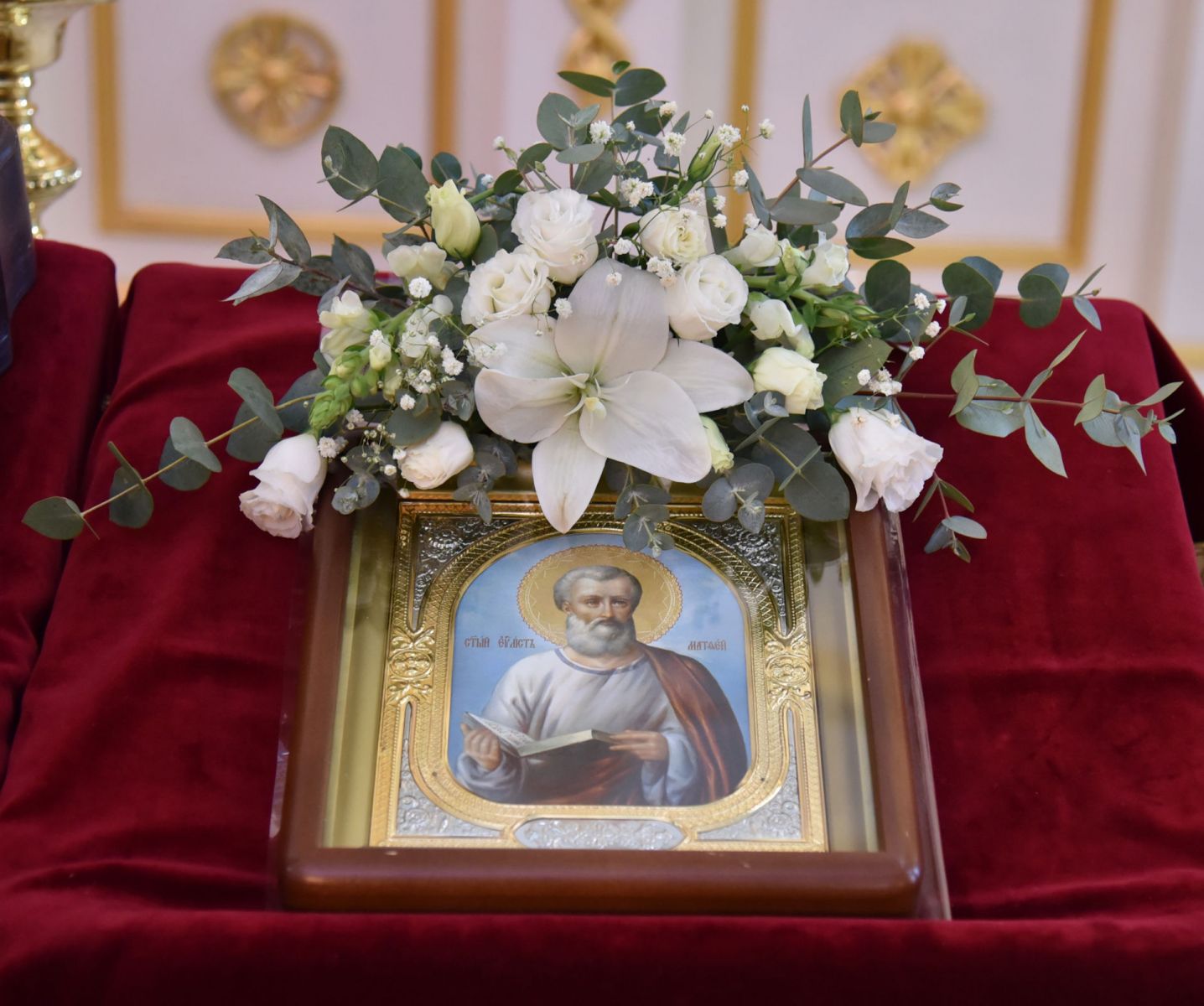 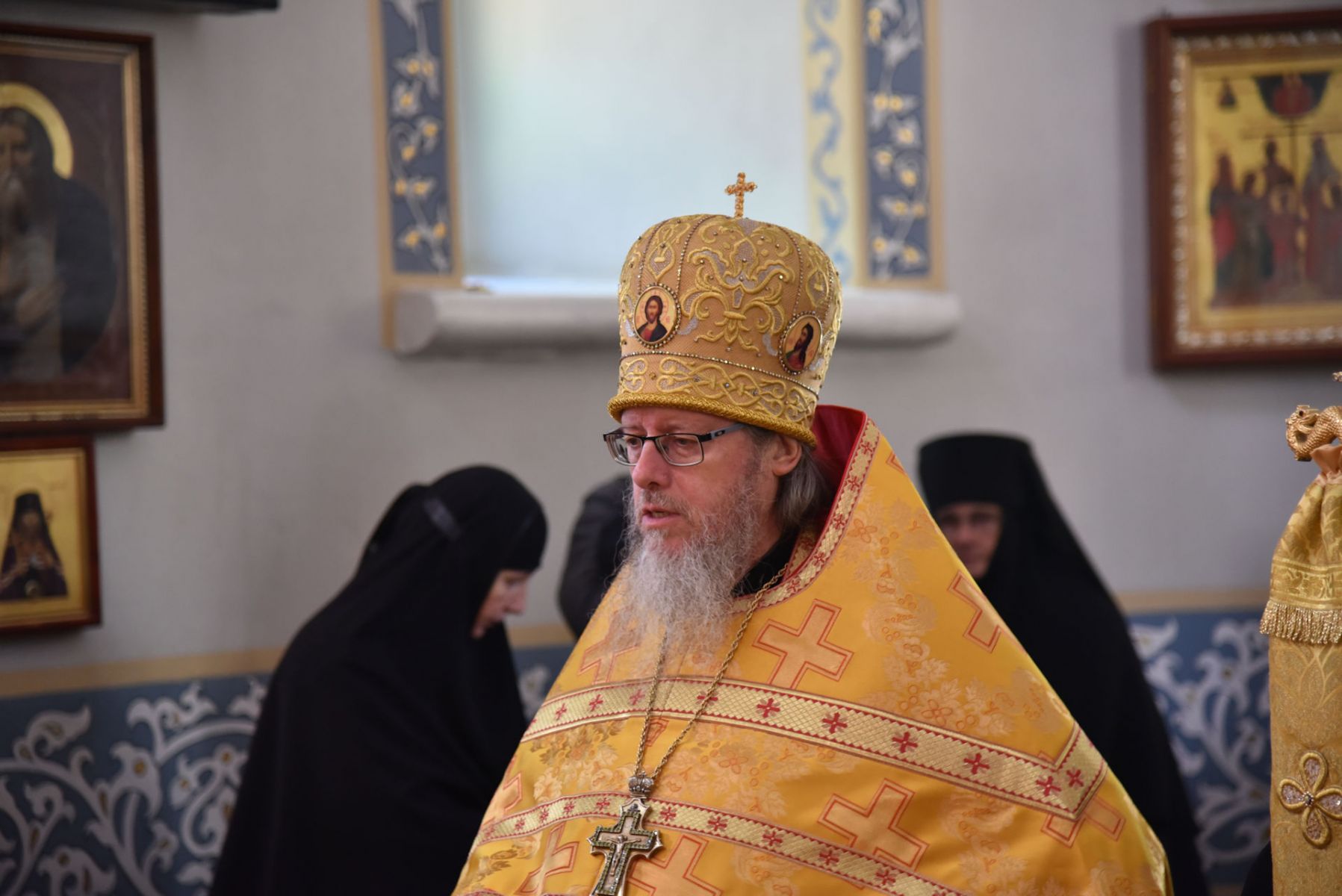 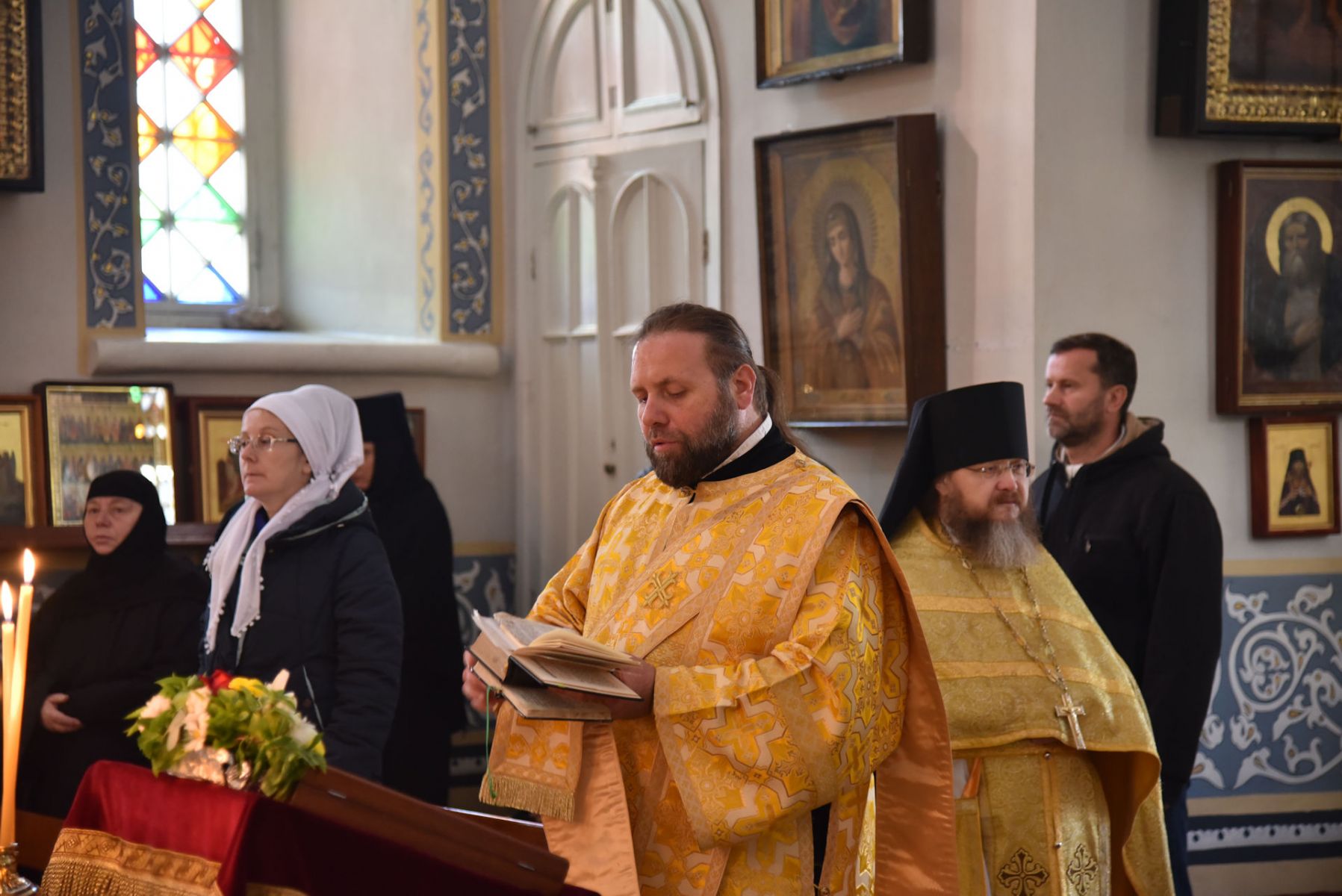 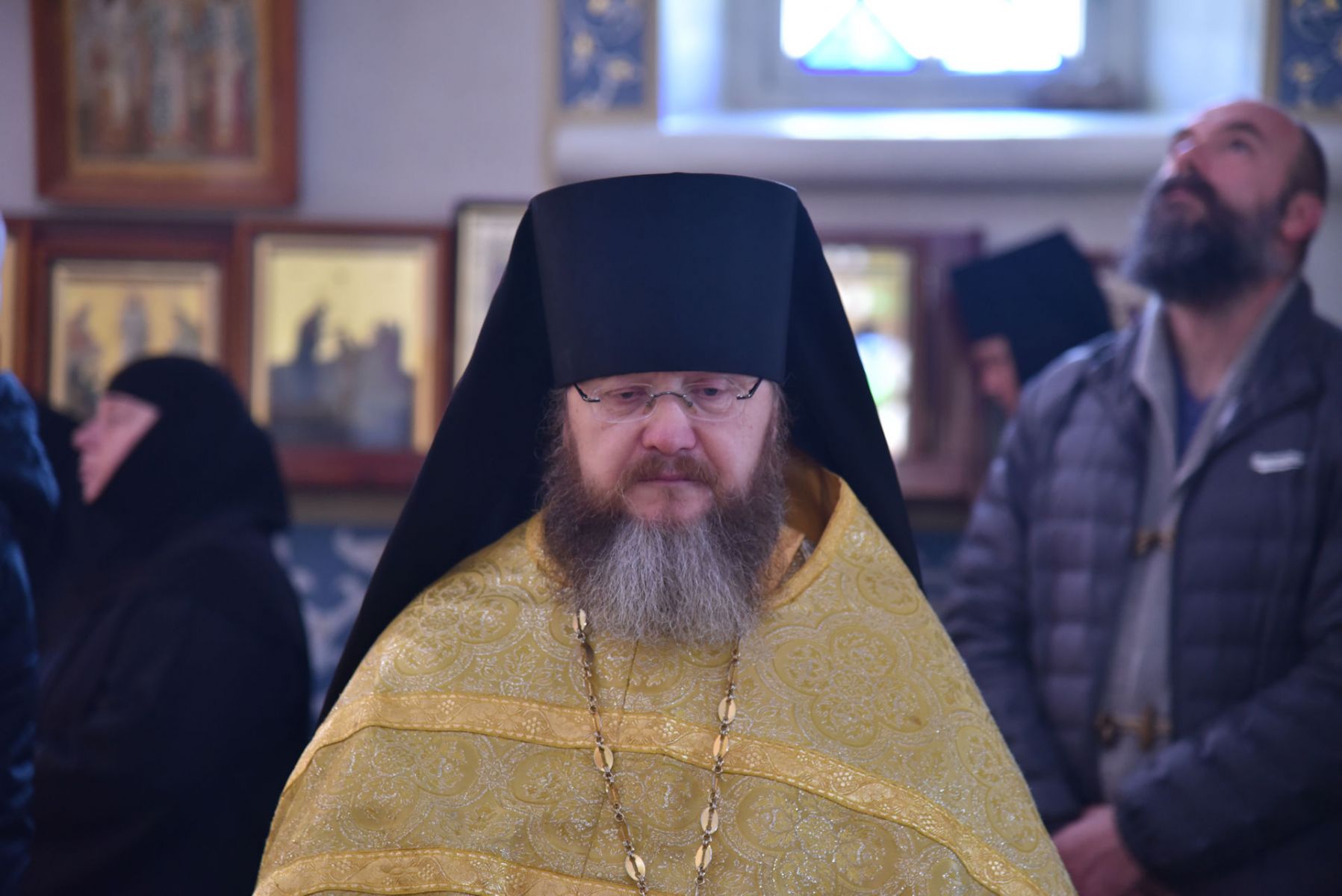 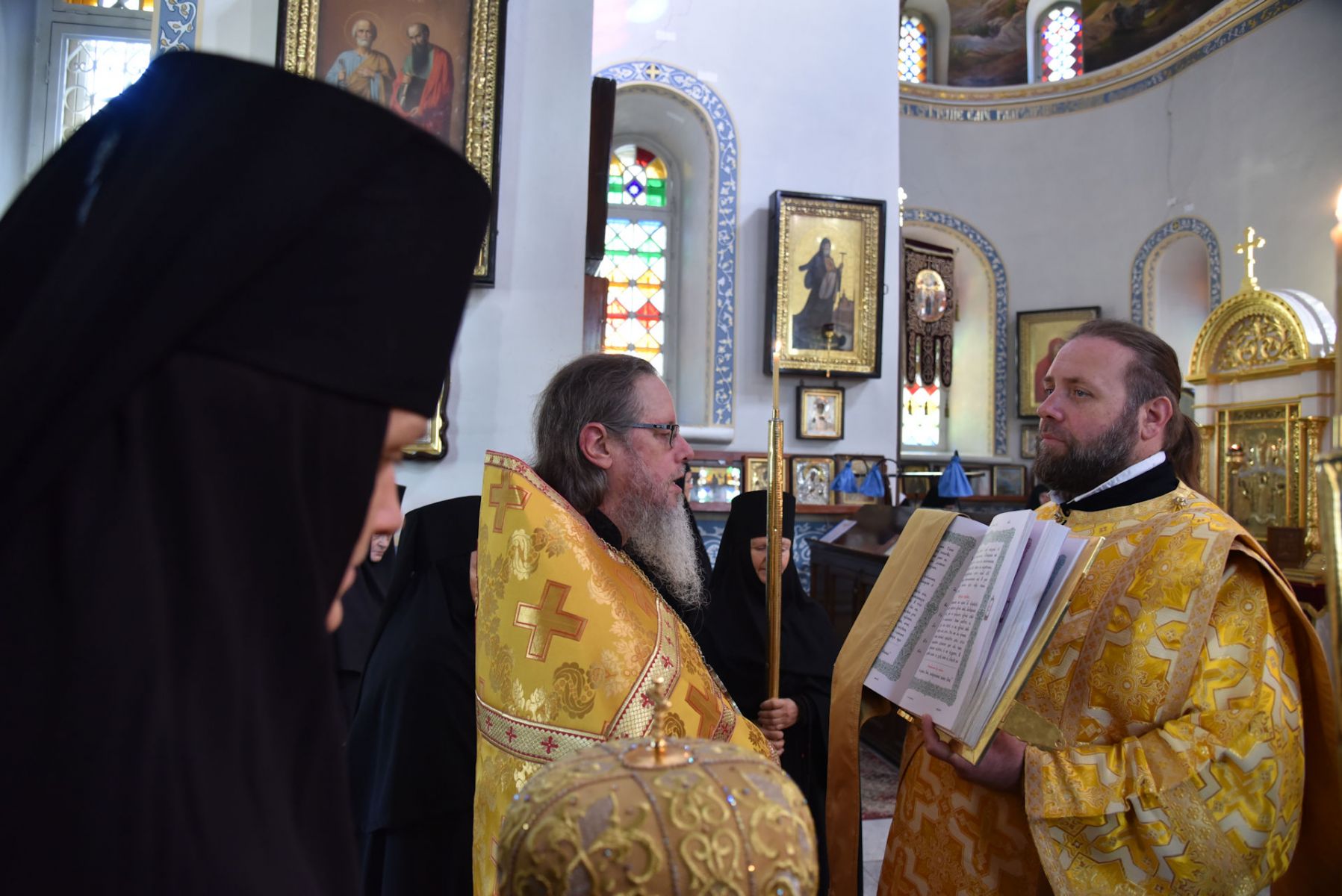 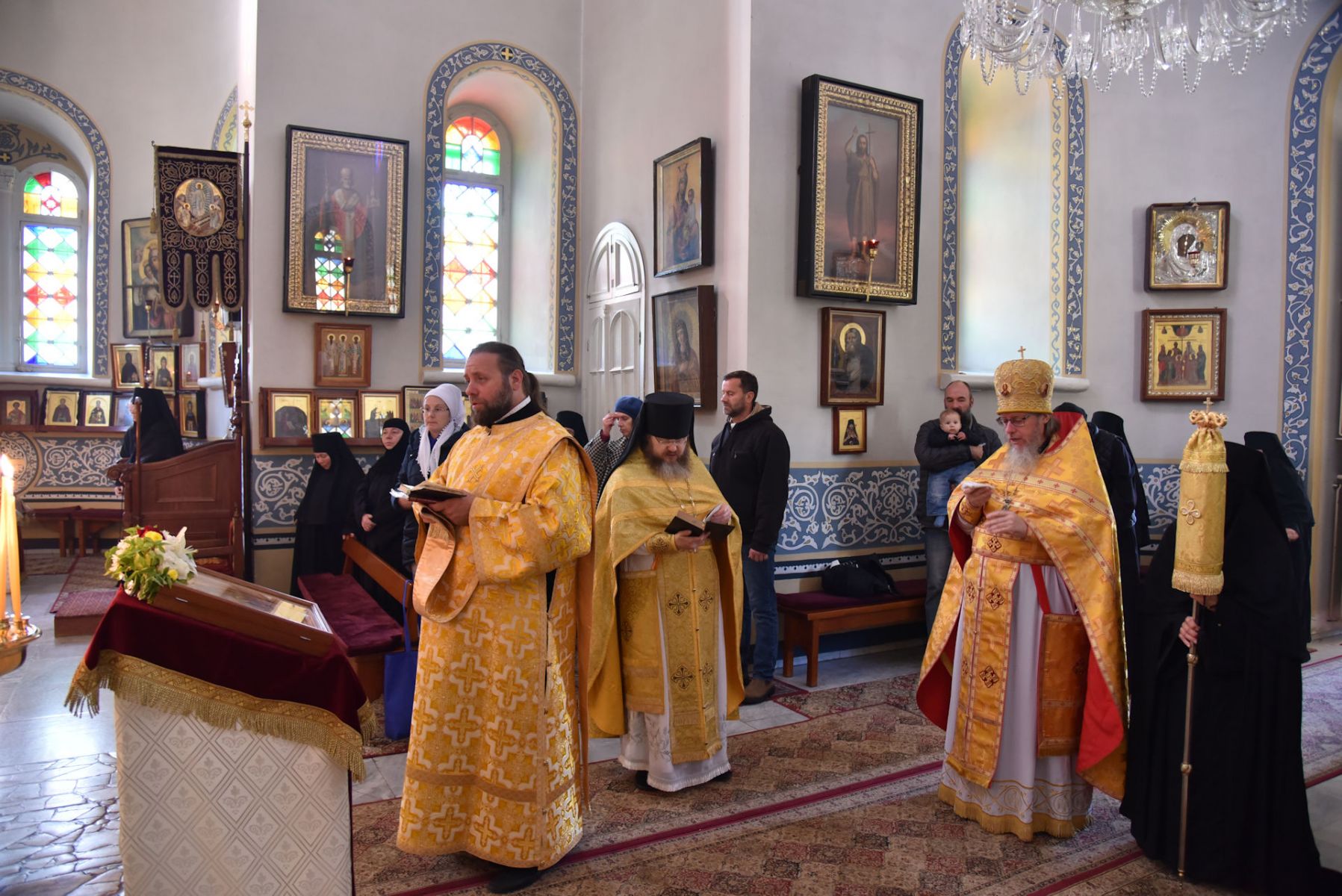 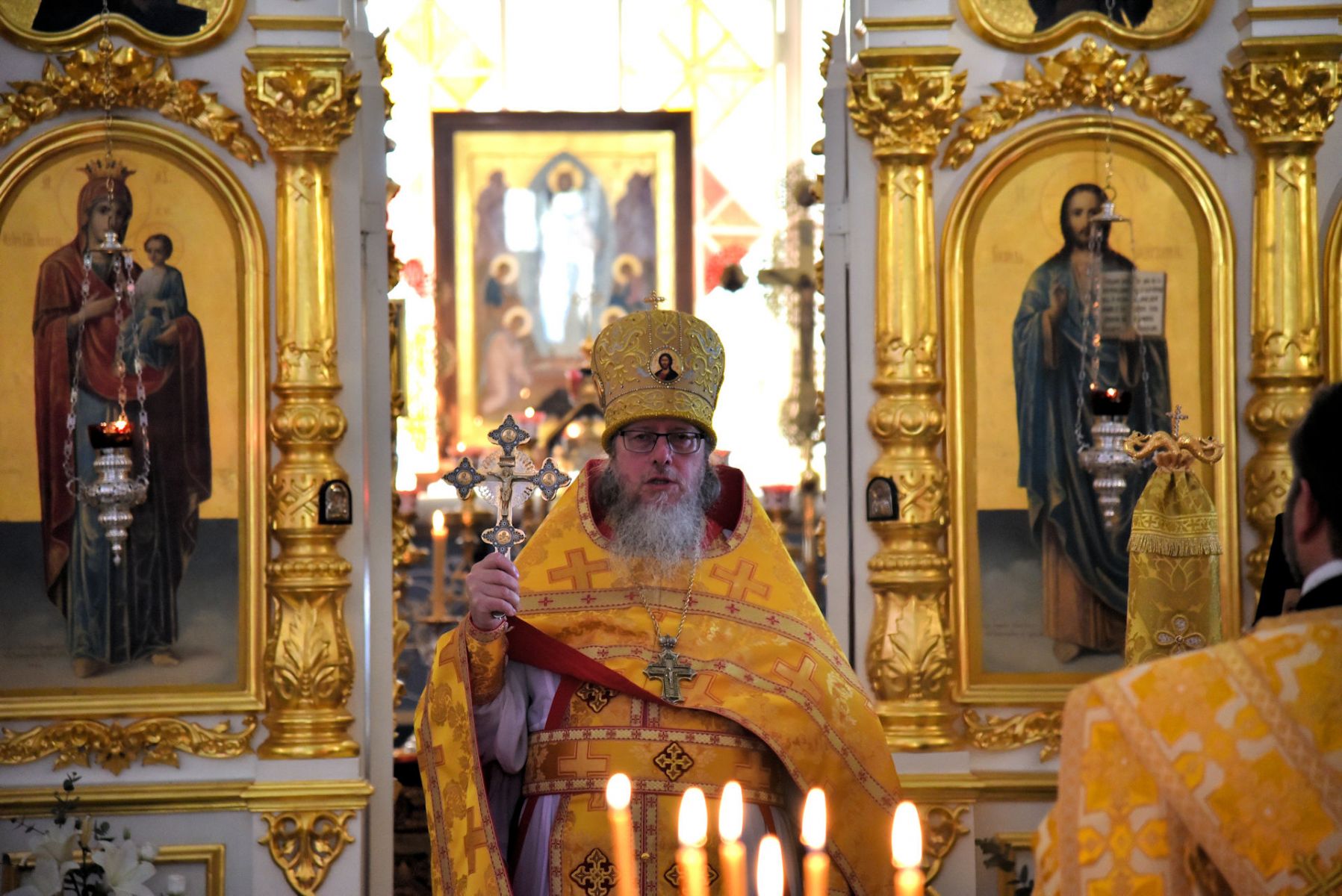 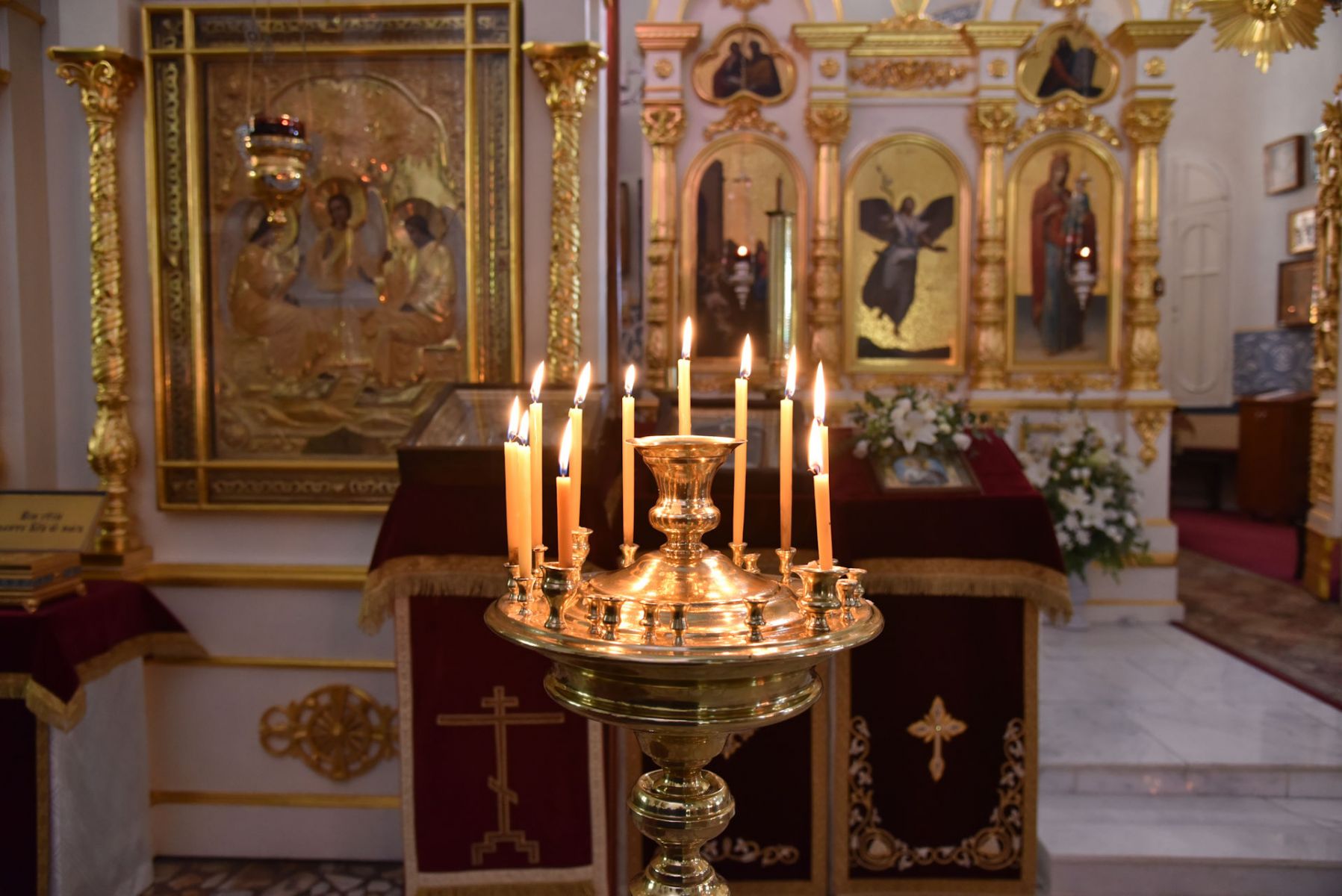