Condolences on the Death of Prince Philip

The Head of the Russian Ecclesiastical Mission in Jerusalem, Archimandrite Roman (Krassovsky), sent condolences to the British Consul General in Jerusalem on the occasion of the death of the husband of Queen Elizabeth II of England – Prince Philip of Edinburgh.

Prince Philip’s mother, Princess Alice of Greece and Denmark, is buried in the Convent of St. Mary Magdalene. Also, the holy relics of his great-great aunt, the Nun-Martyr Elizabeth Feodorovna, rest in the church of this monastery. 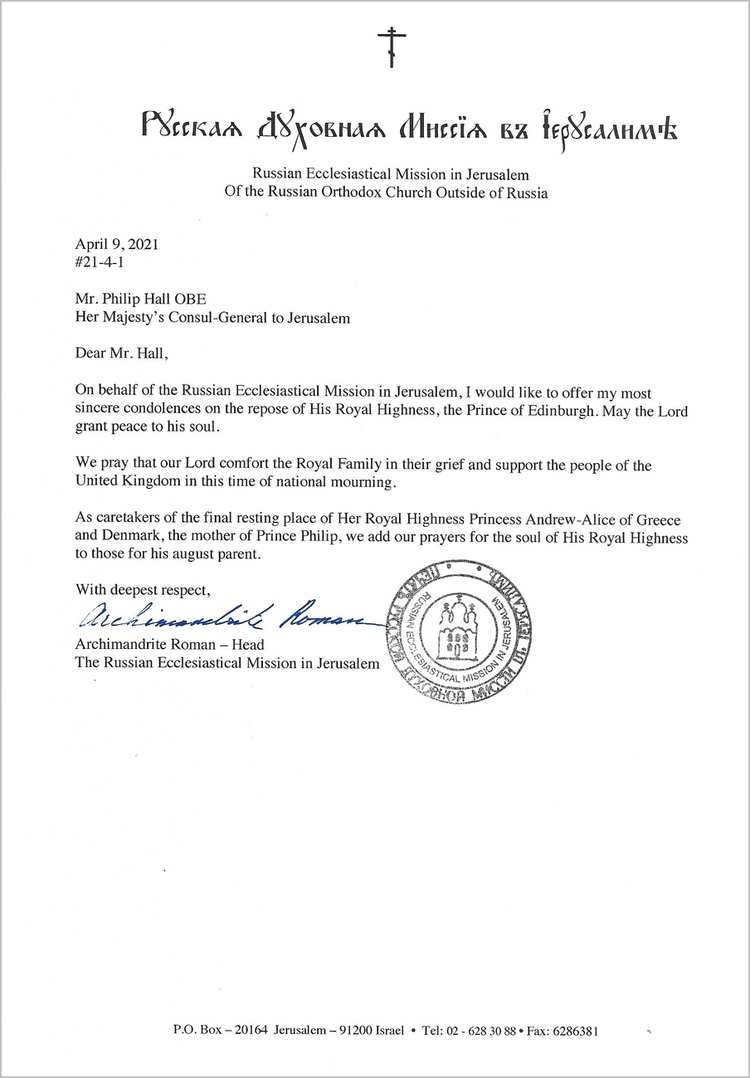 On behalf of the Russian Ecclesiastical Mission in Jerusalem, I would like to offer my most sincere condolences on the repose of His Royal Highness, the Prince of Edinburgh. May the Lord grant peace to his soul.

We pray that our Lord comfort the Royal Family in their grief and support the people of the United Kingdom in this time of national mourning.

As caretakers of the final resting place of Her Royal Highness Princess Andrew-Alice of Greece and Denmark, the mother of Prince Philip, we add our prayers for the soul of His Royal Highness to those for his august parent.