Holy Nativity at the Courtyard of the Orthodox Palestinian Society in the Сhurch of St. Alexander Nevsky

With the blessing of the head of the Russian Ecclesiastical Mission in Jerusalem (ROCOR), Archimandrite Roman (Krassovsky), the Divine Liturgy on the feast of the Nativity of Christ, was celebrated, by the priest of the RDM Fr. Roman Gultyaev in the Alexander Nevsky Church in the Old City of Jerusalem.

By tradition, in all churches and monasteries in the Holy Land, Christmas Liturgies are celebrated at night, so many parents with small children and elderly people are not able to participate in the festive service. Taking into account the requests of many parishioners of the REM, the ROCOR in Jerusalem will now annually hold morning Liturgies for Christmas in the St. Alexander Nevsky Church.

This year, despite the quarantine, the Israeli authorities allowed a limited number of Orthodox believers to take part in the Christmas Liturgy. In the church of St. Alexander Nevsky, a choir of chidren and parishioners sang at the service under the direction of nun Alexandra, a resident of the convent of St. Mary Magdalene. In the altar, father Roman Gultyaev was served by boys, children of parishioners.

After the service, everyone was invited to a festive breakfast.

The Russian Ecclesiastical Mission of the ROCOR regularly performs services in the St. Alexander Nevsky Church in Jerusalem. Traditionally, on Thursdays at 8:00 am, the Liturgy is served in memory of the late Emperor Alexander III. On Wednesday eve at 17:00 a prayer service is served with the Akathist to the Blessed Prince Alexander Nevsky. And this year the Mission will be celebrating Liturgies on Saturdays for those who cannot attend church on Sundays.. 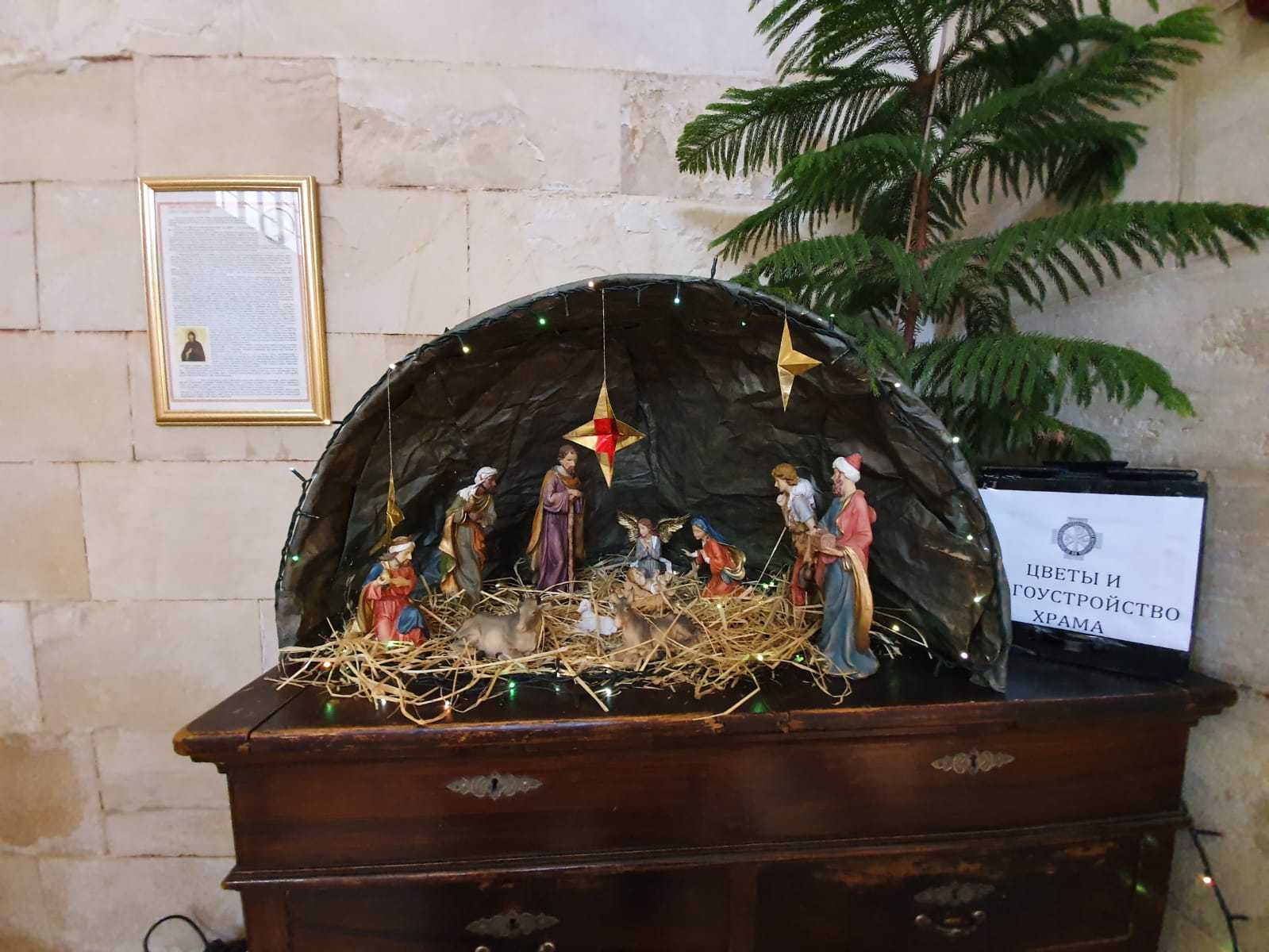 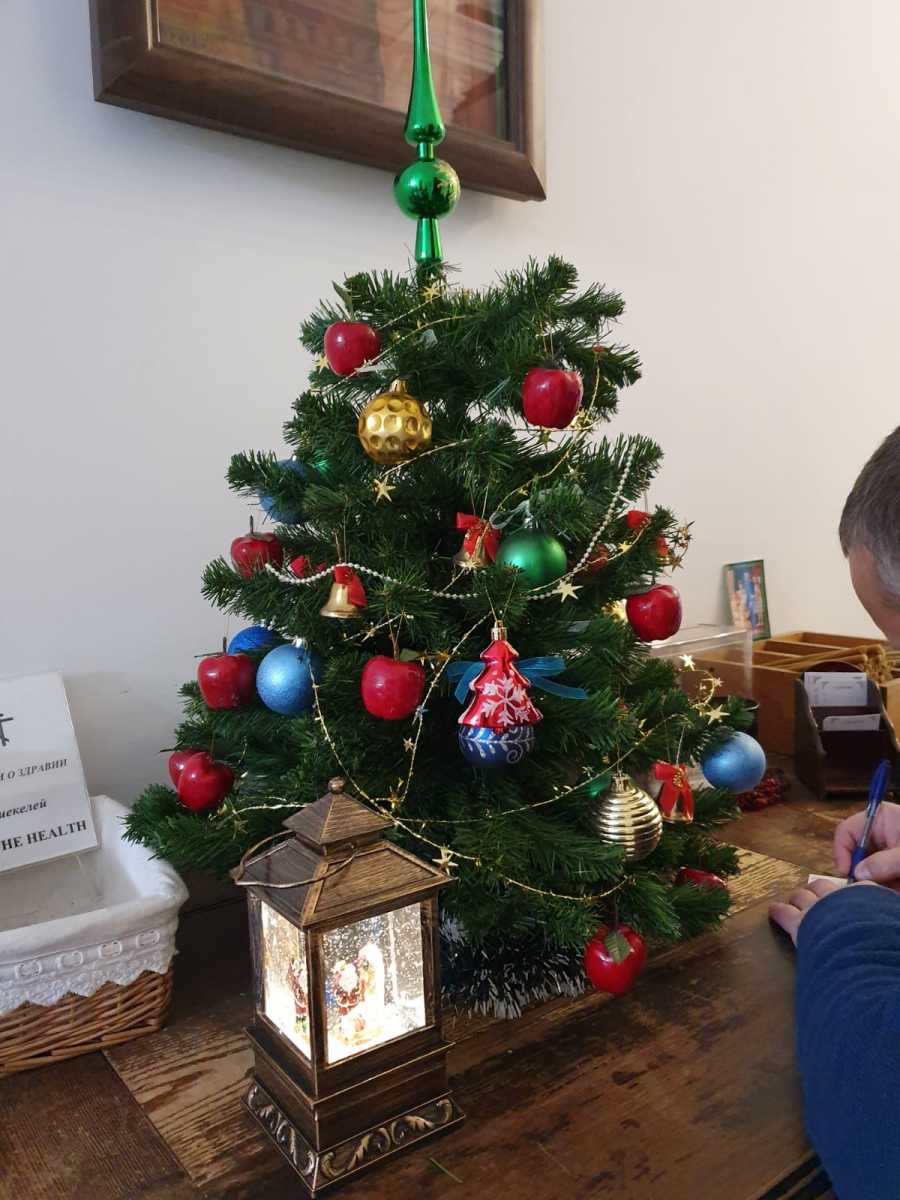 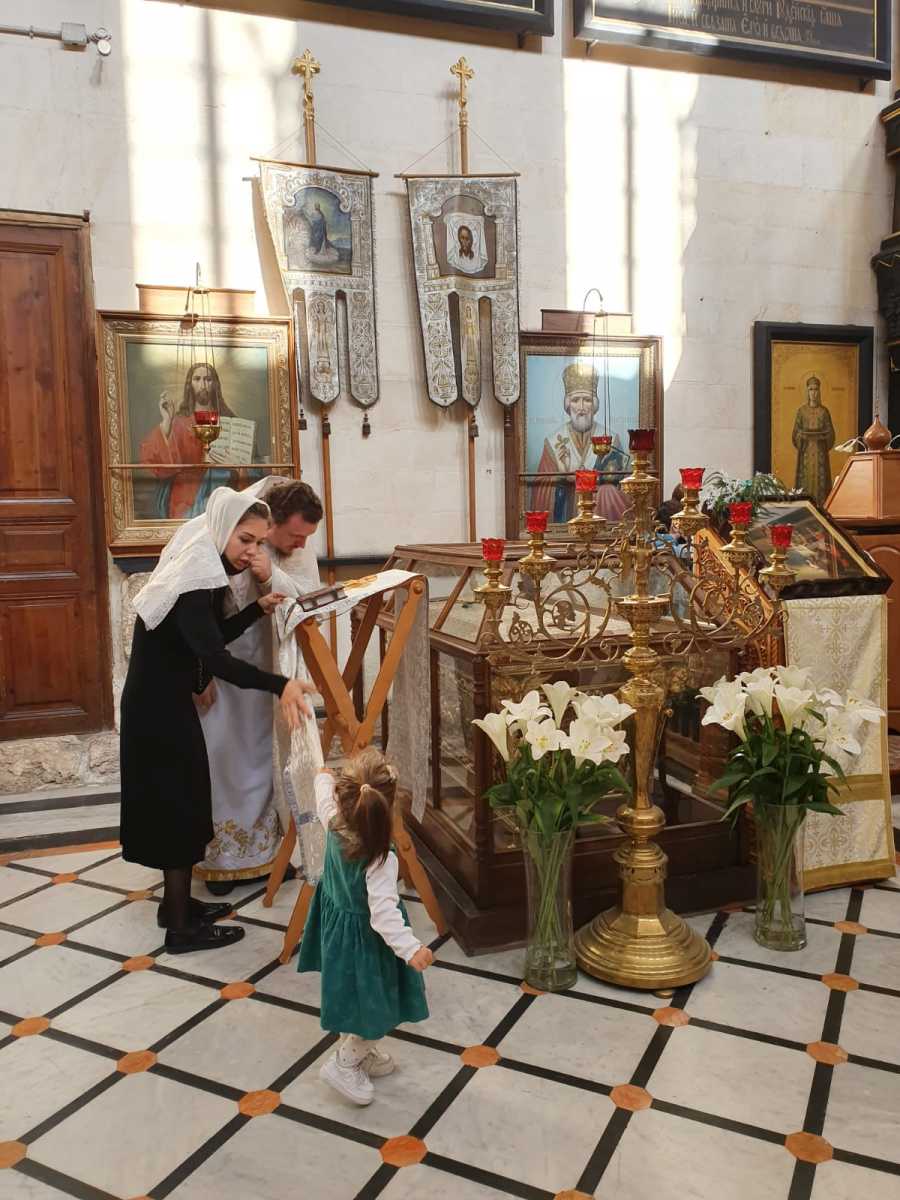 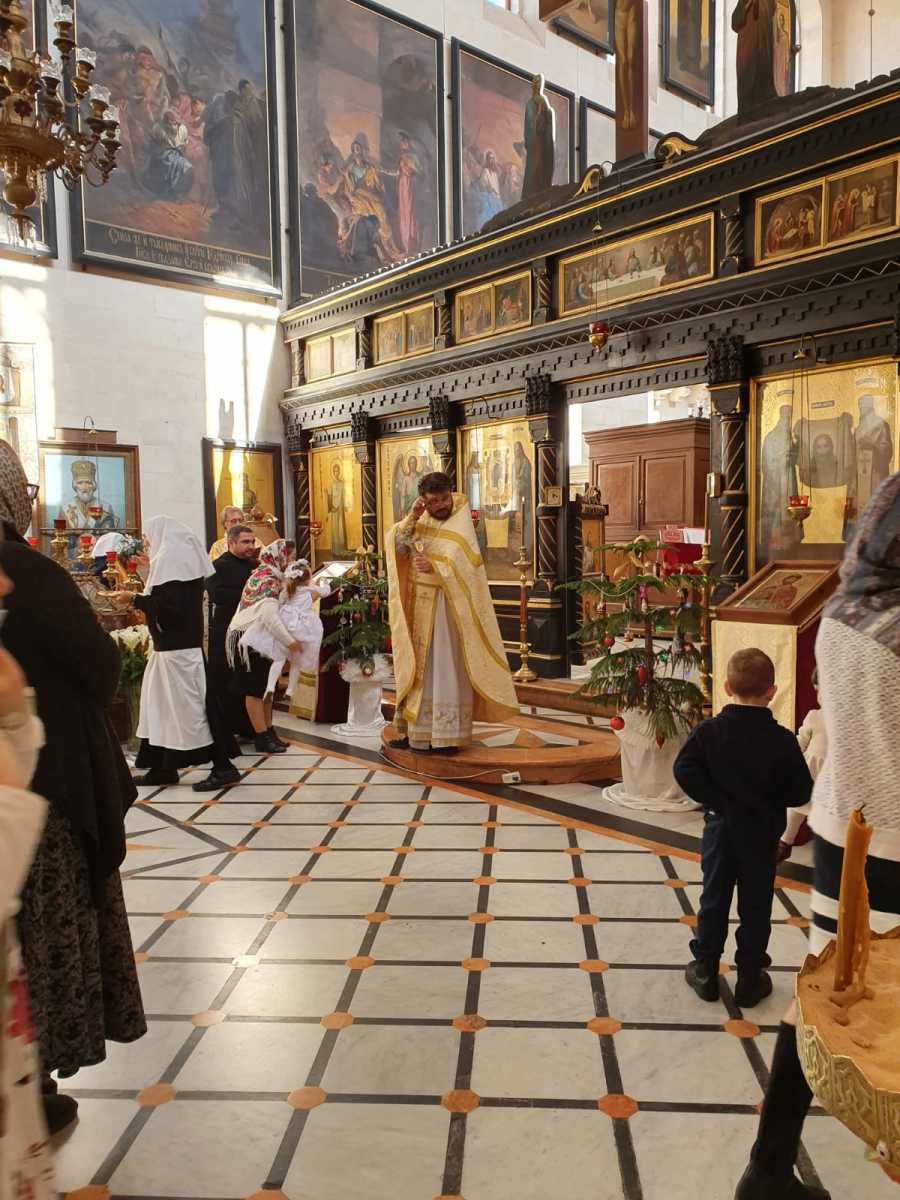 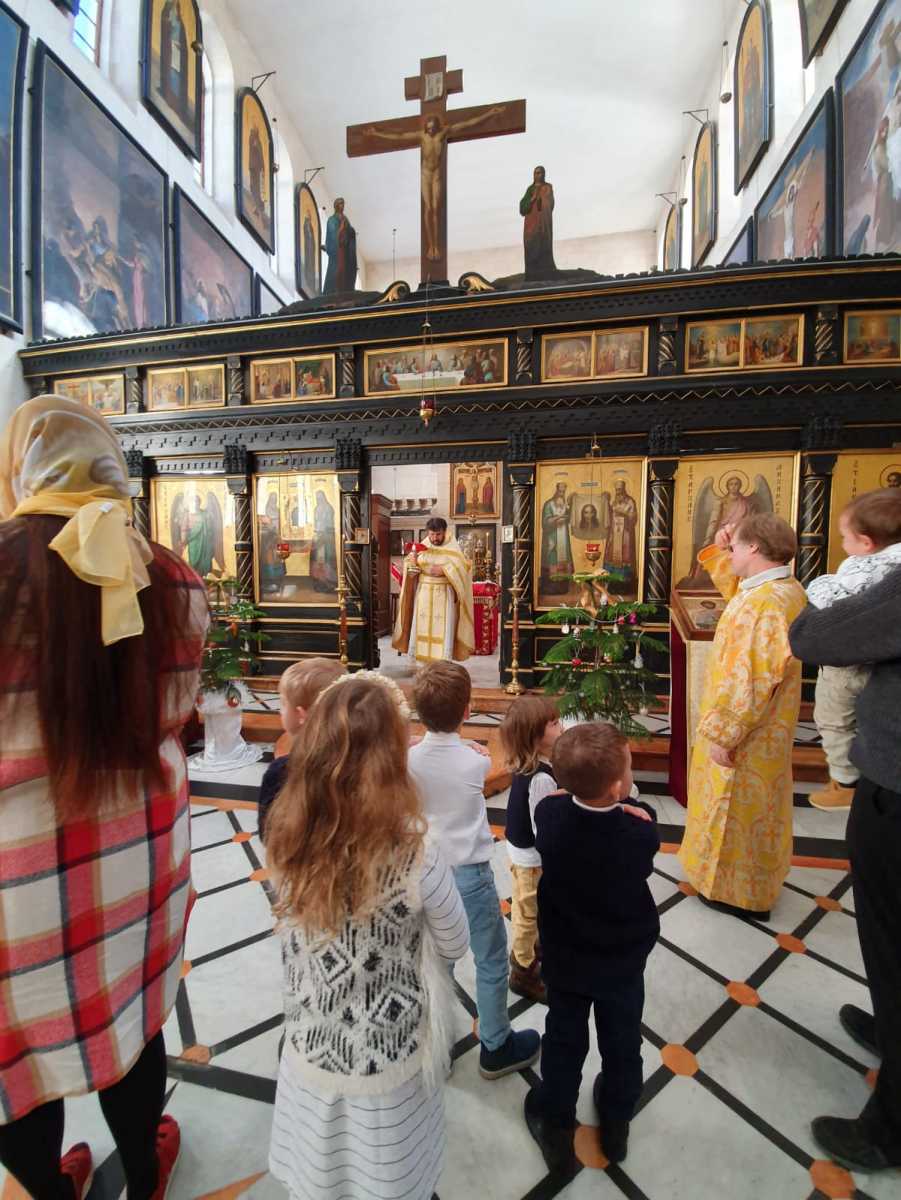 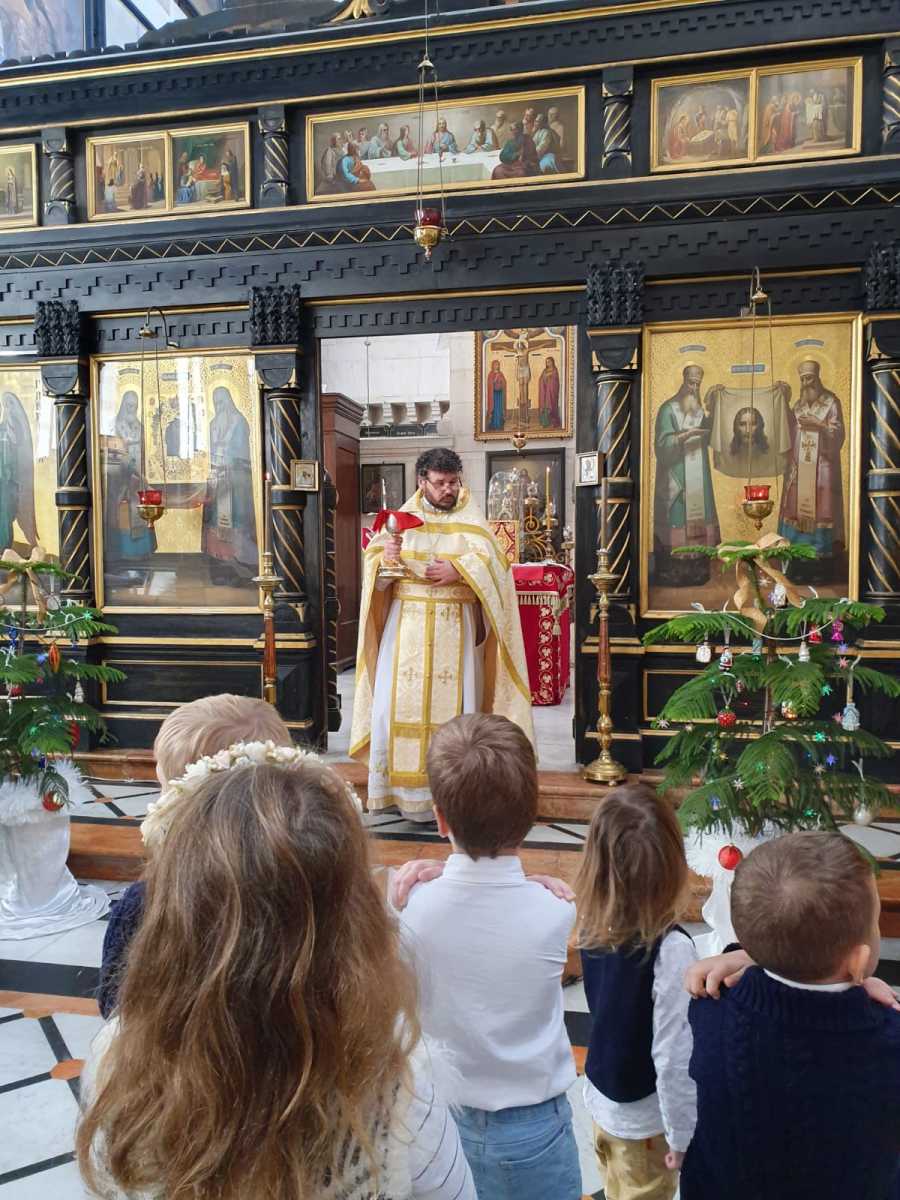 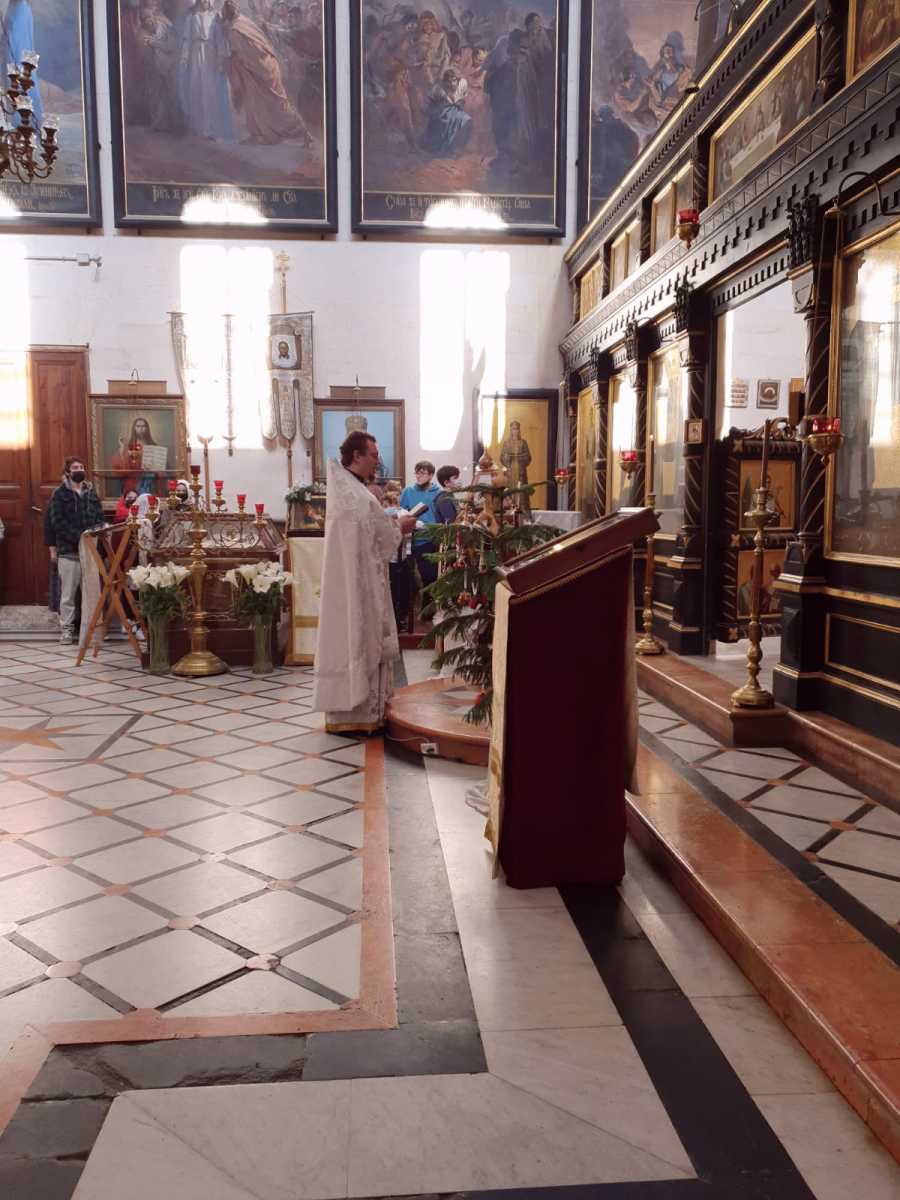 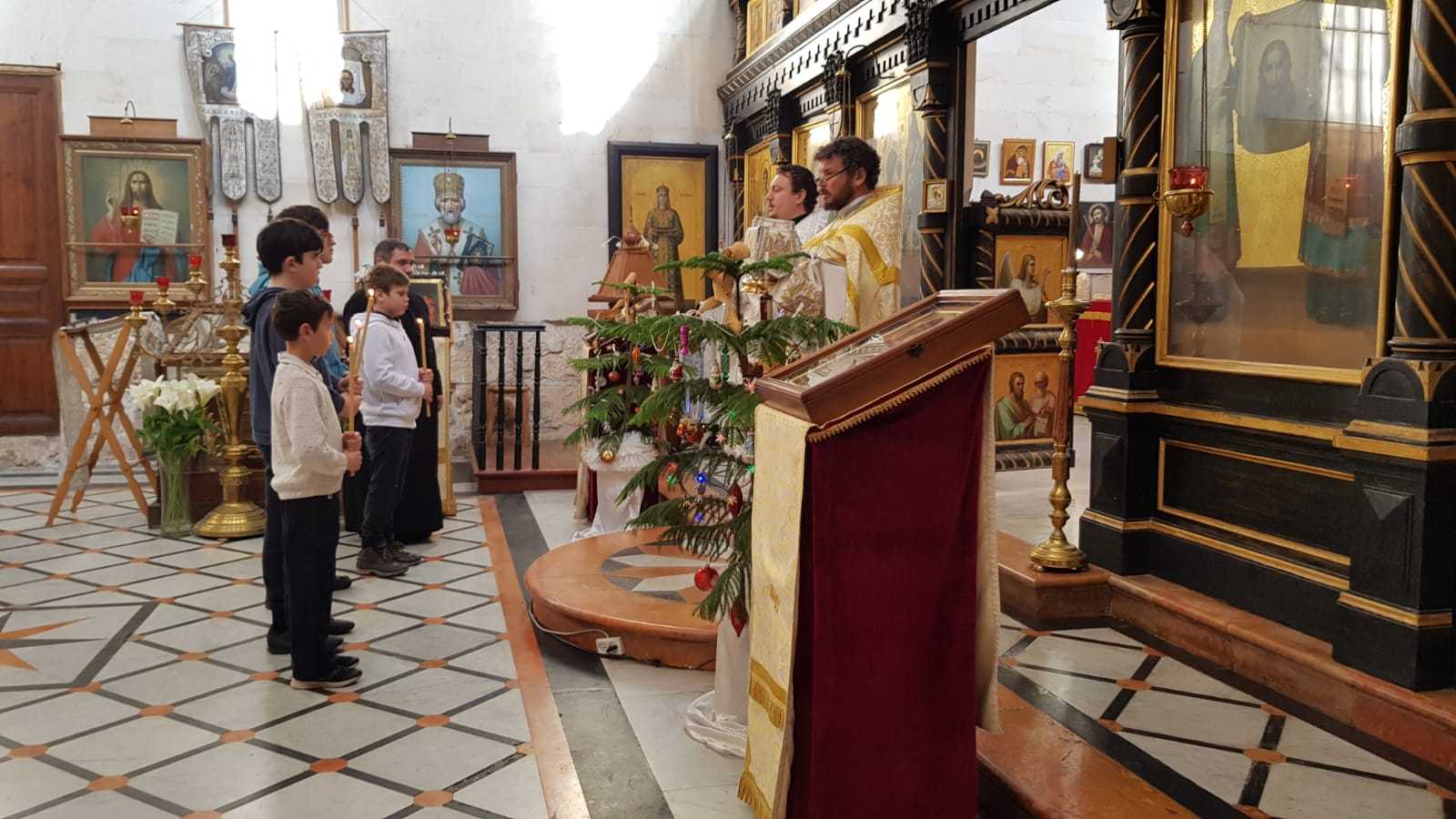 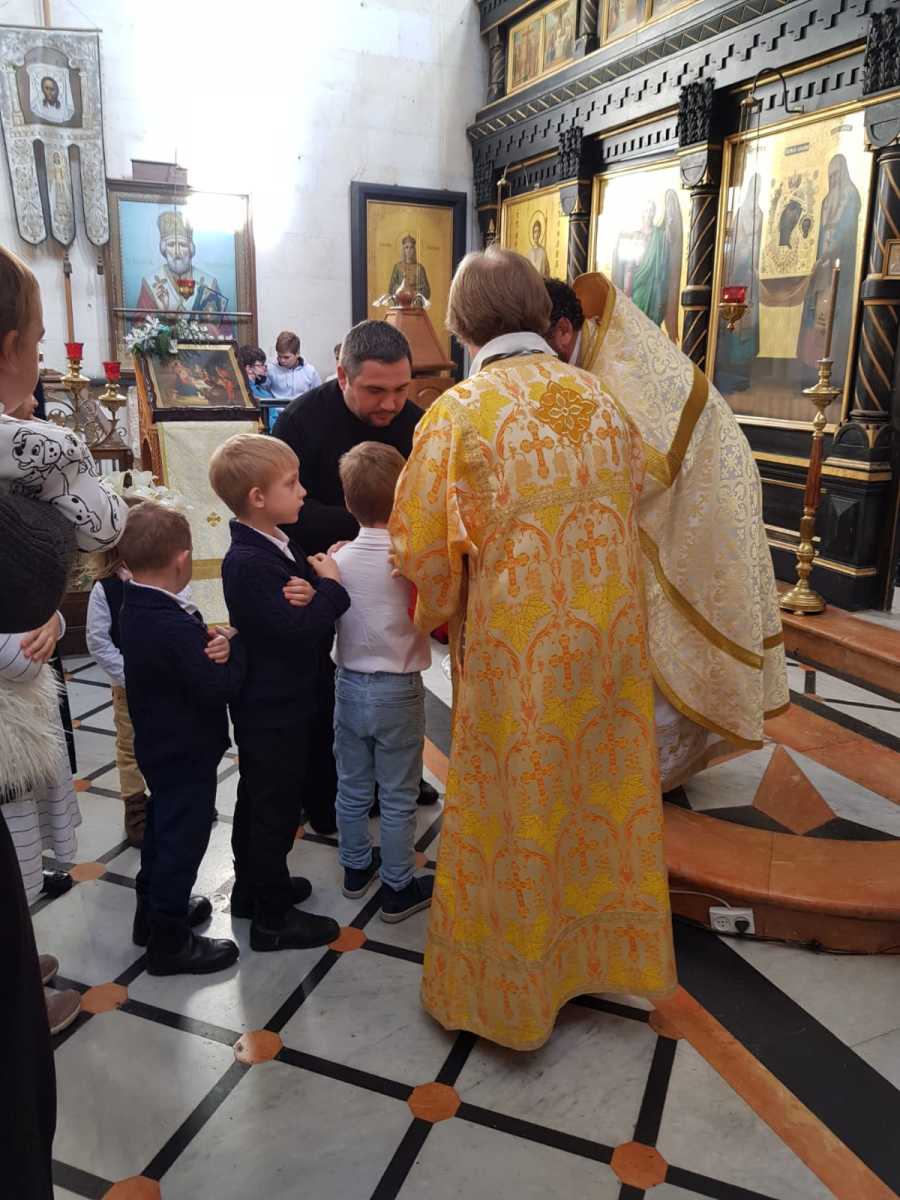 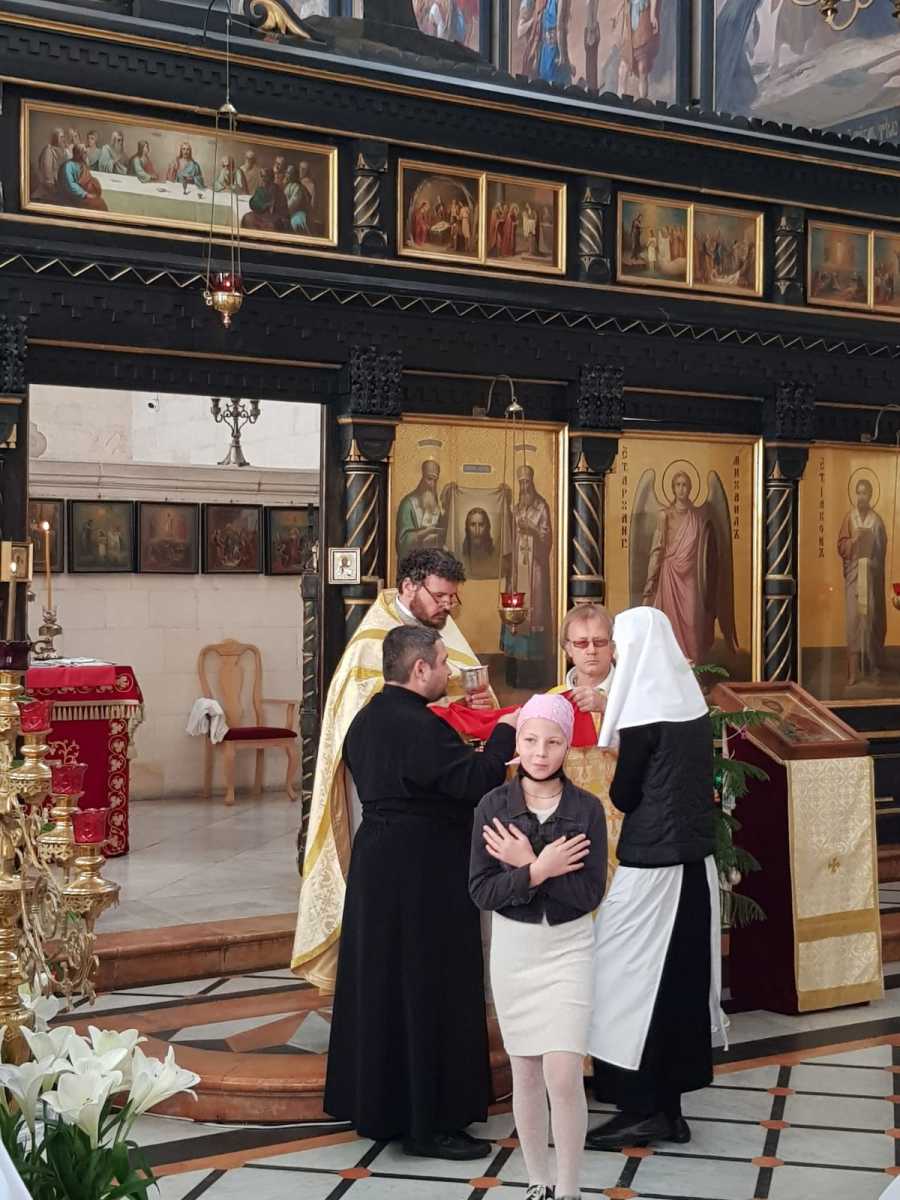 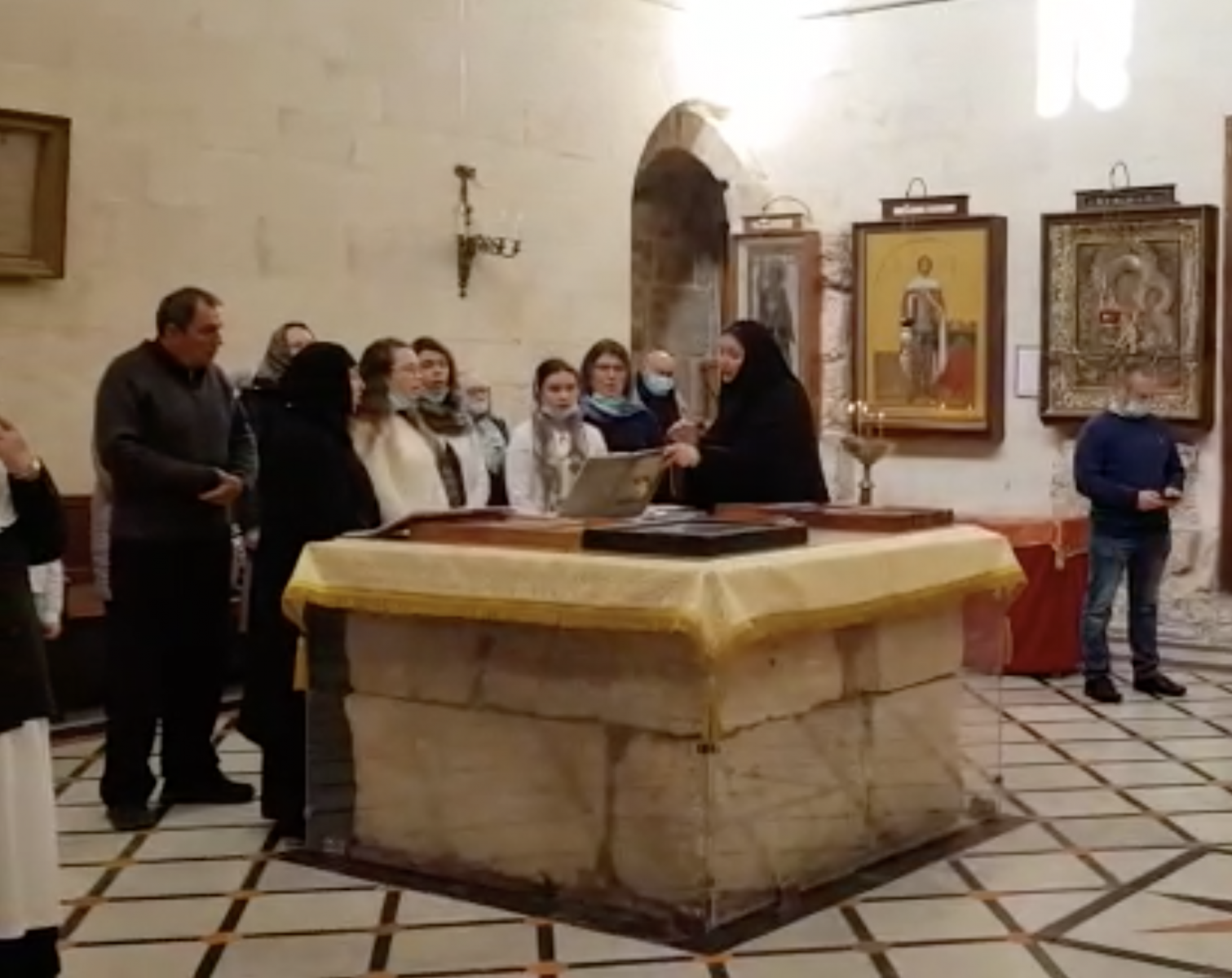 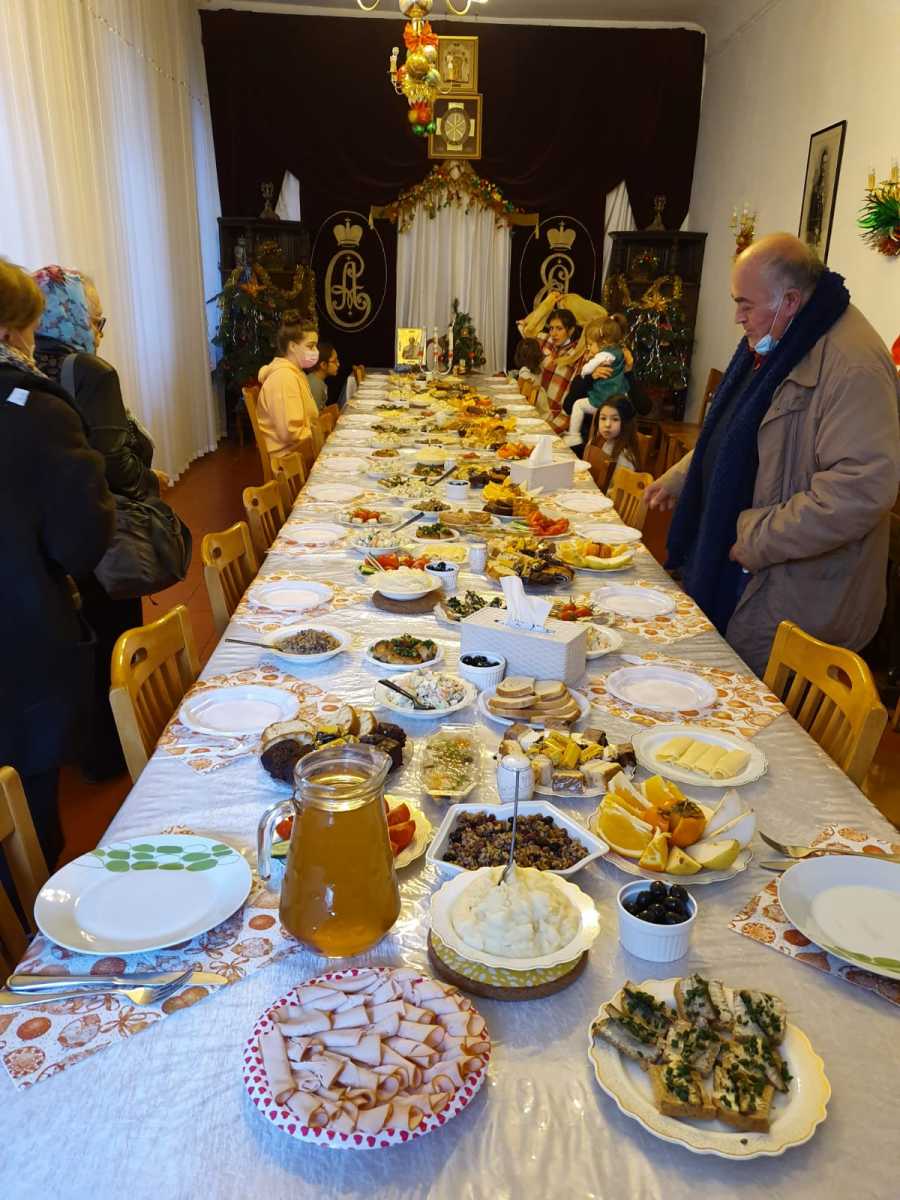 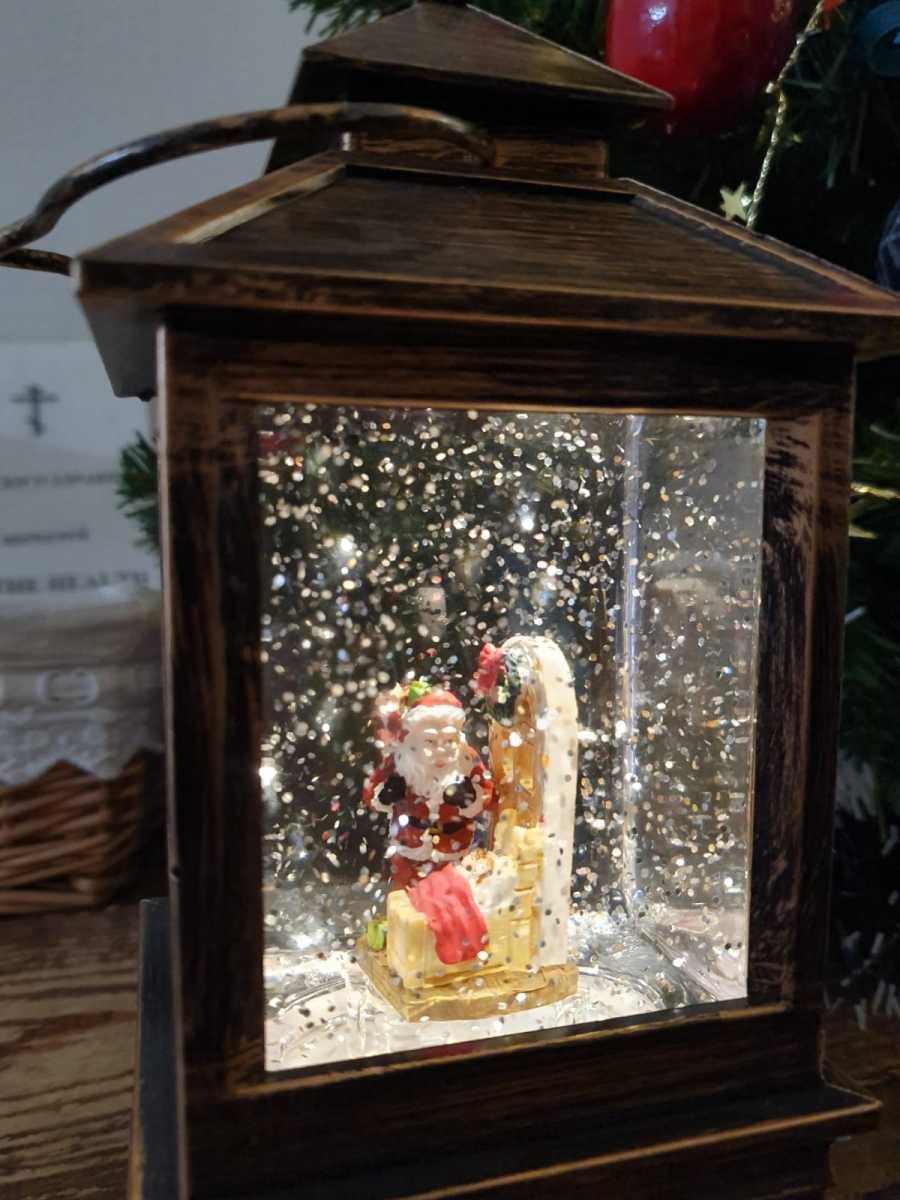