During the holy days of the Dormition Fast, three novices of the Gethsemene Convent of St. Mary Magdaline took their first steps of monasticism and were tonsured into the riassa. After the all-night vigil Saturday evening on August 22, 2020 the head of the Russian Ecclesiastical Mission in Jerusalem, archimandrite Roman (Krassovsky) tonsured novices Latina Stamenkova, Marina Smirnova and Olga Tulyakova. As is traditional, the newly tonsured sisters received new monastic names. Sr. Latina received the name Lavrentia in honor of St. Laurence of Rome who is commemorated on this day, Sr. Marina – Margaret, in honor of the Great-Martyr Marina-Margaret of Antioch and Sr. Olga – Pelagia in honor of St. Pelagia of the Mount of Olives. Afterwards, Fr. Roman instructed the sisters on the words of Abba Dorotheus: «I know of no other fall for a monk than following his own will». The newly tonsured riassaphore-nuns were then handed over to the spiritual care of the abbess of the convent, Mother Elisabeth (Smelic). 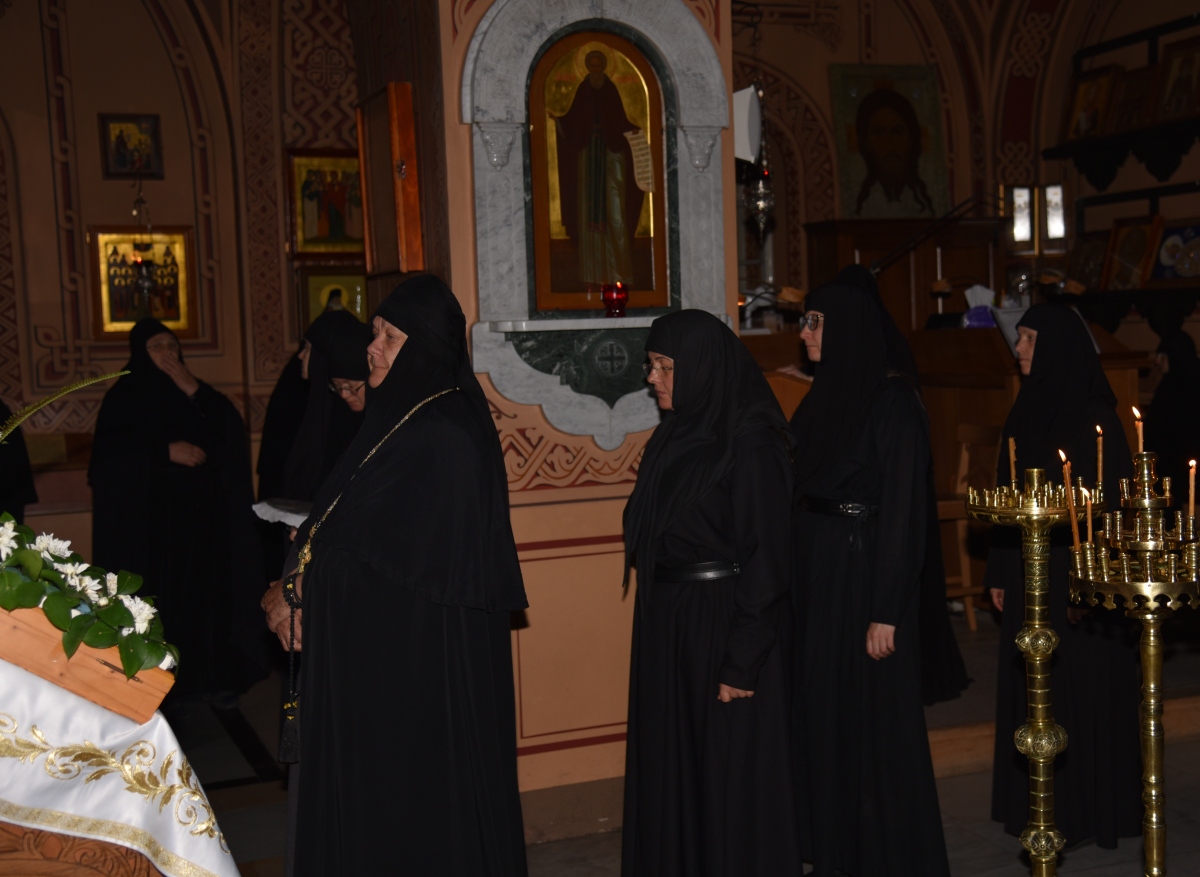 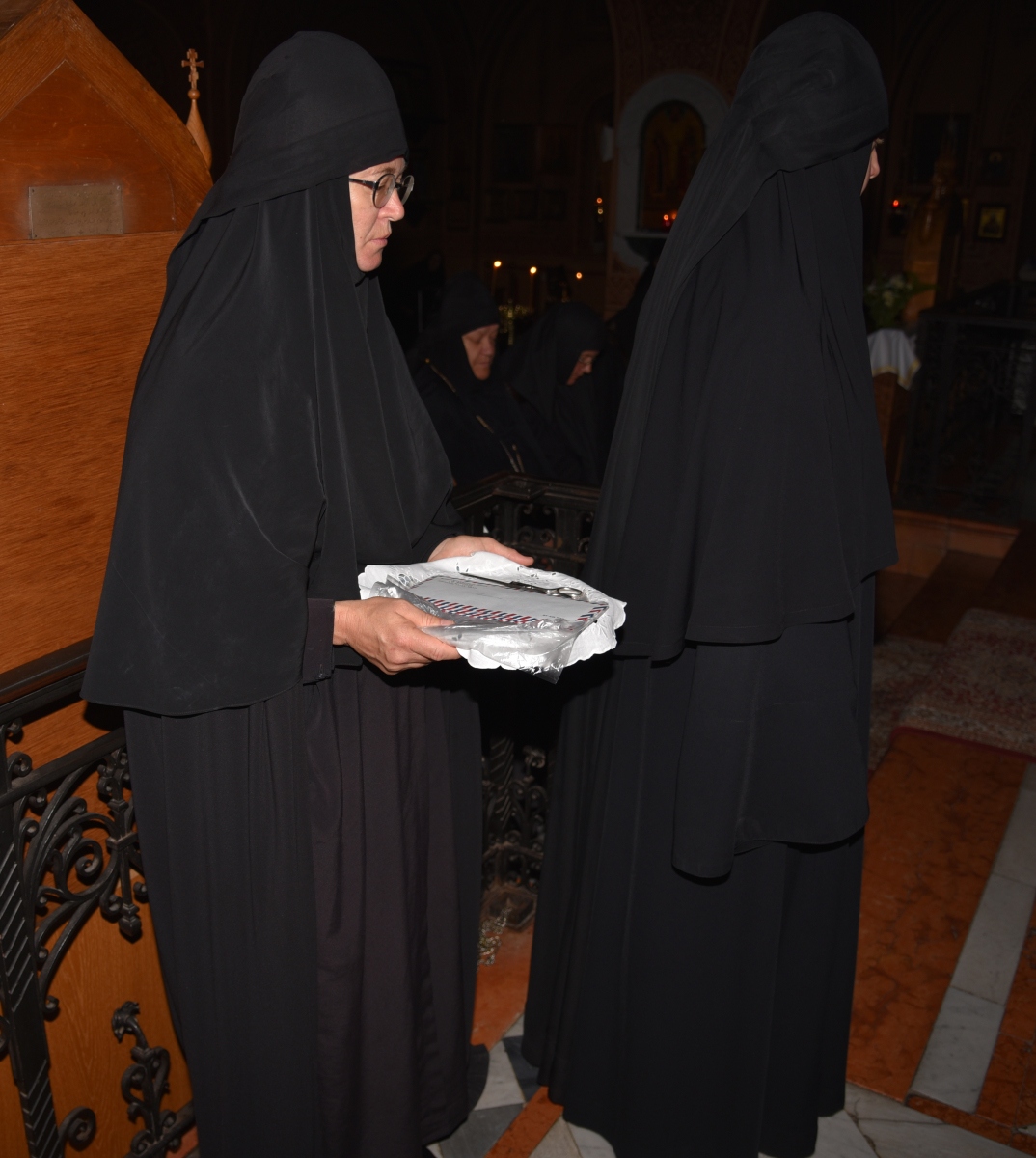 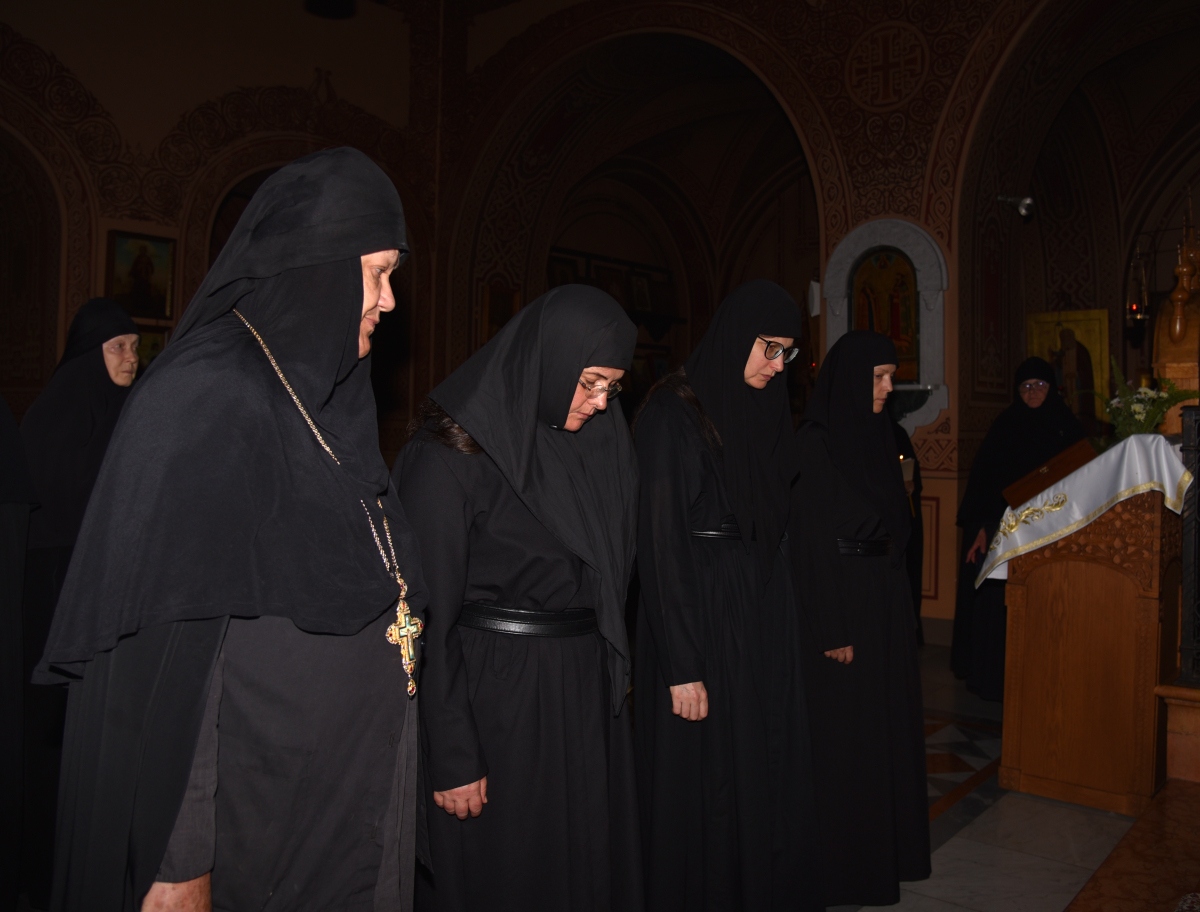 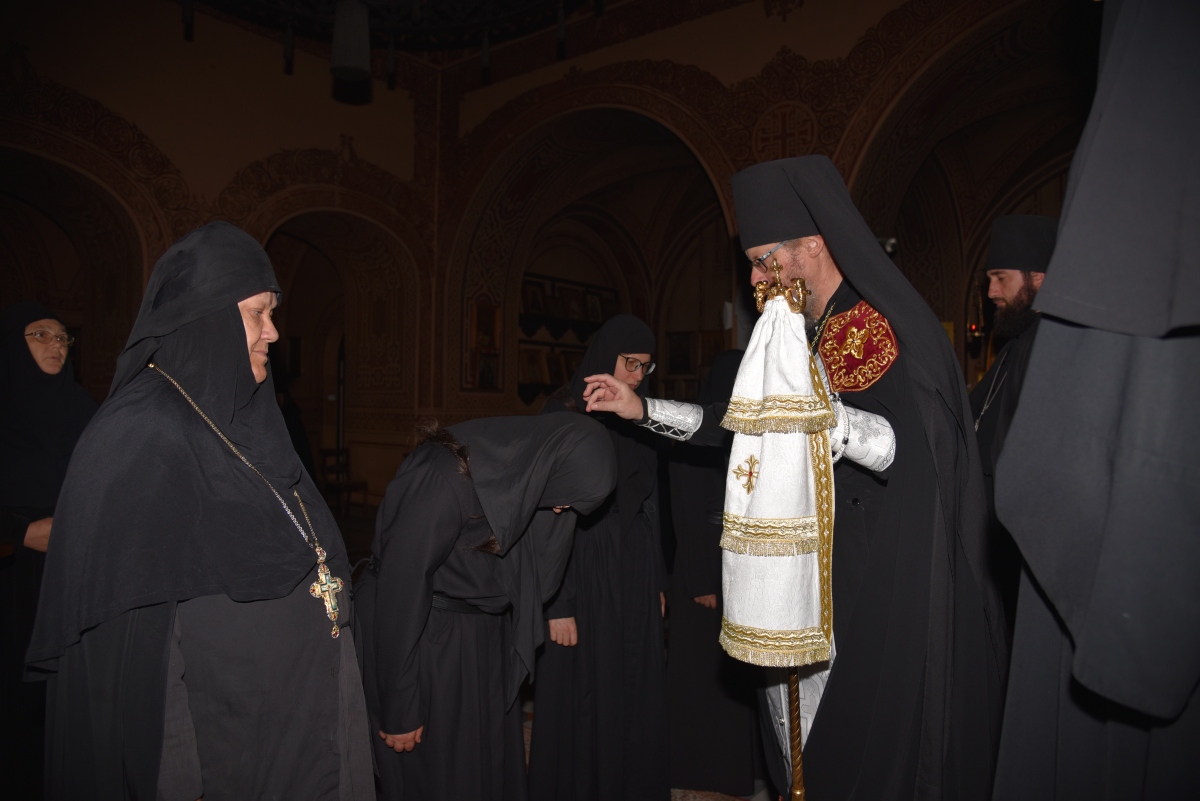 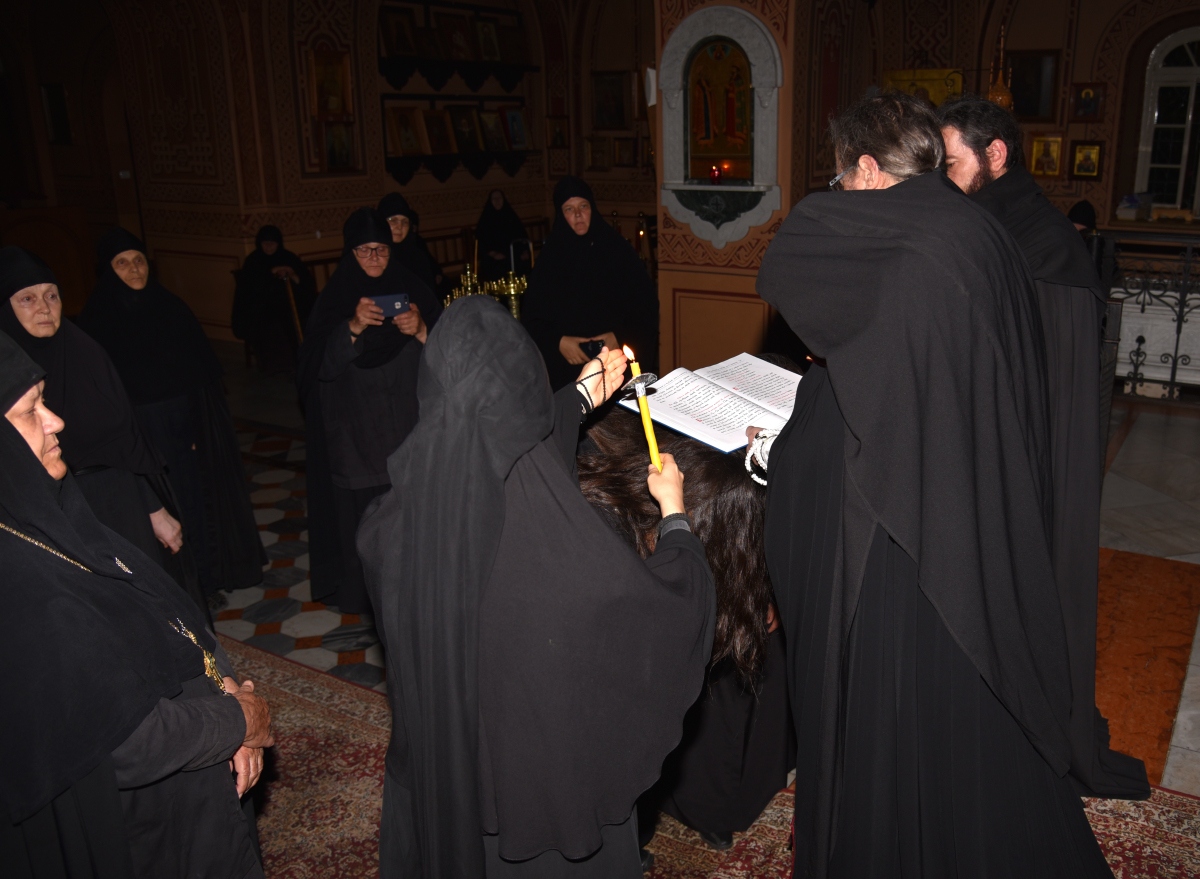 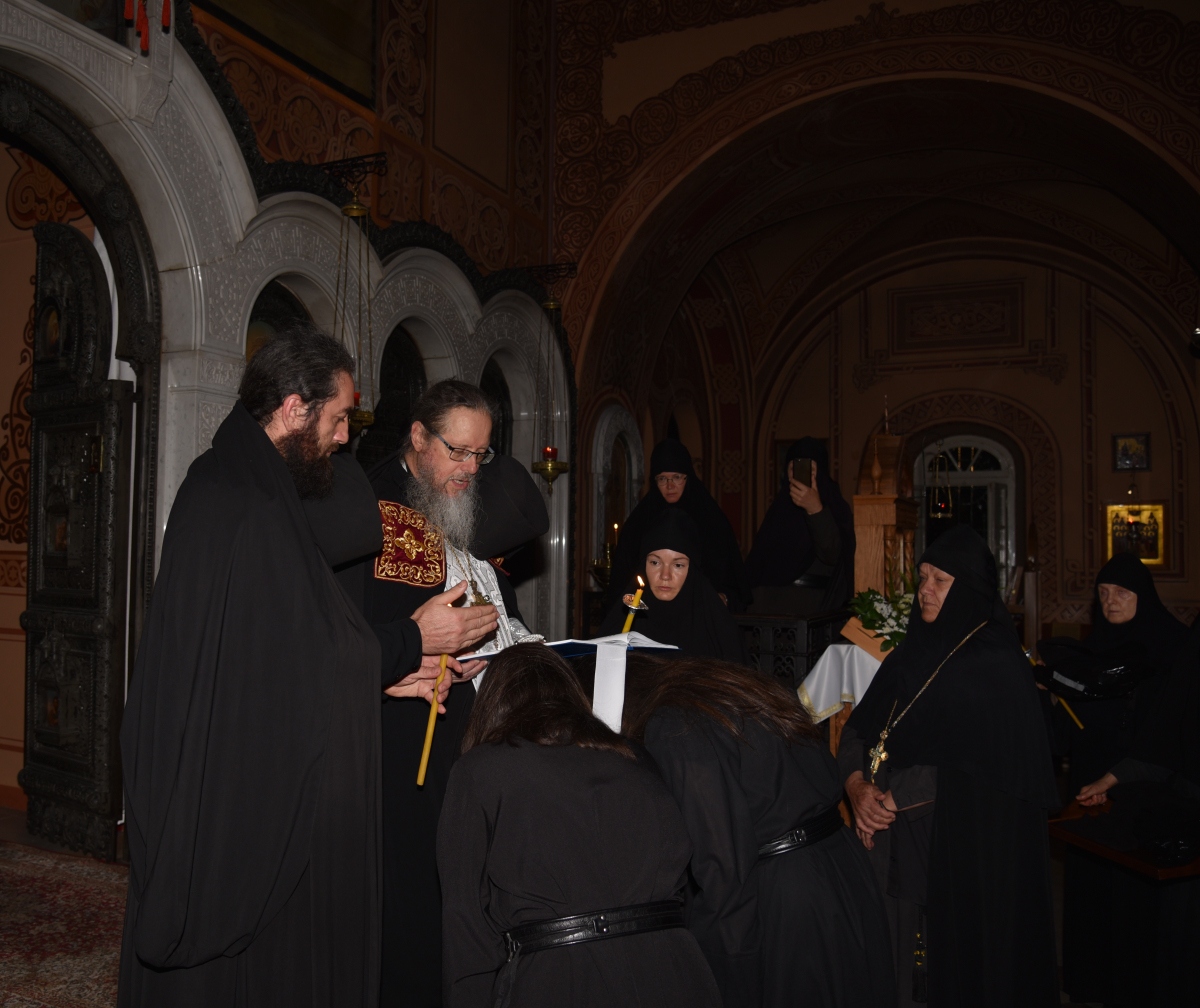 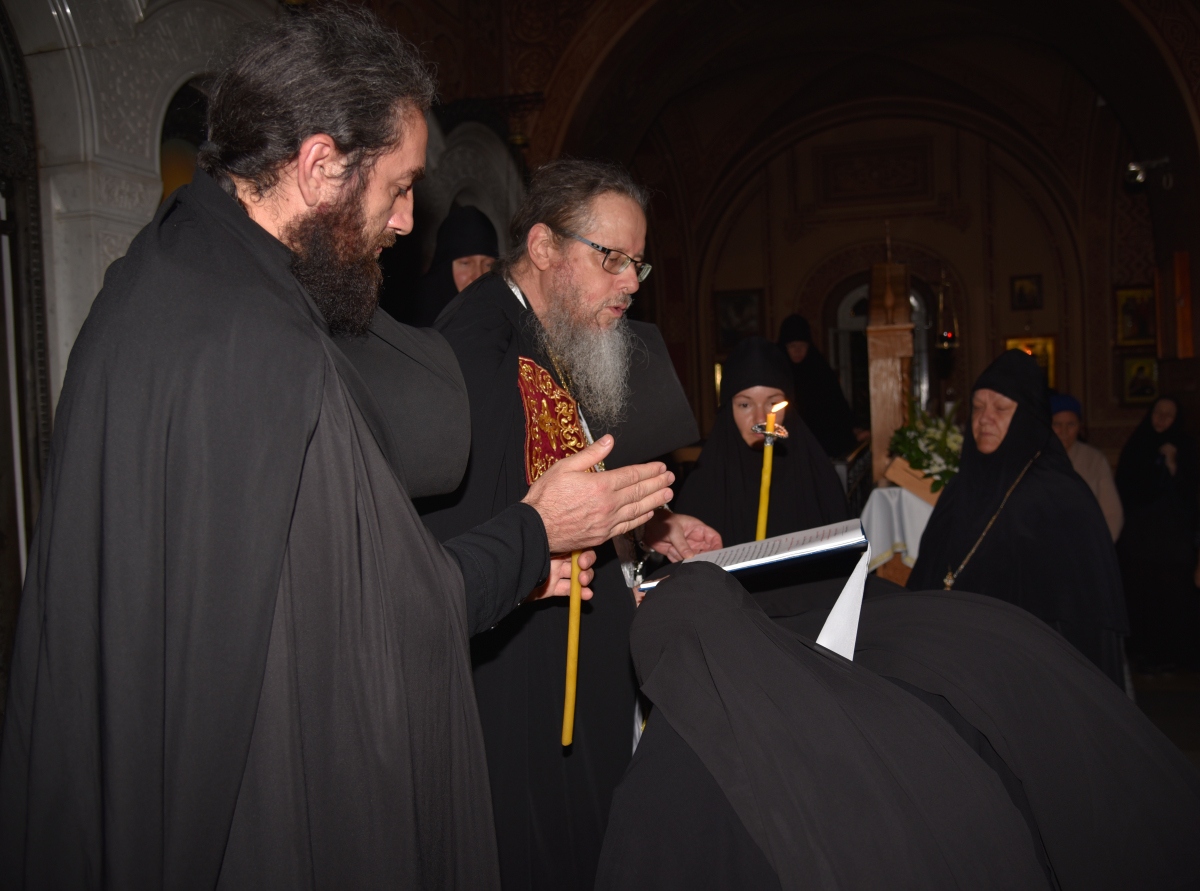 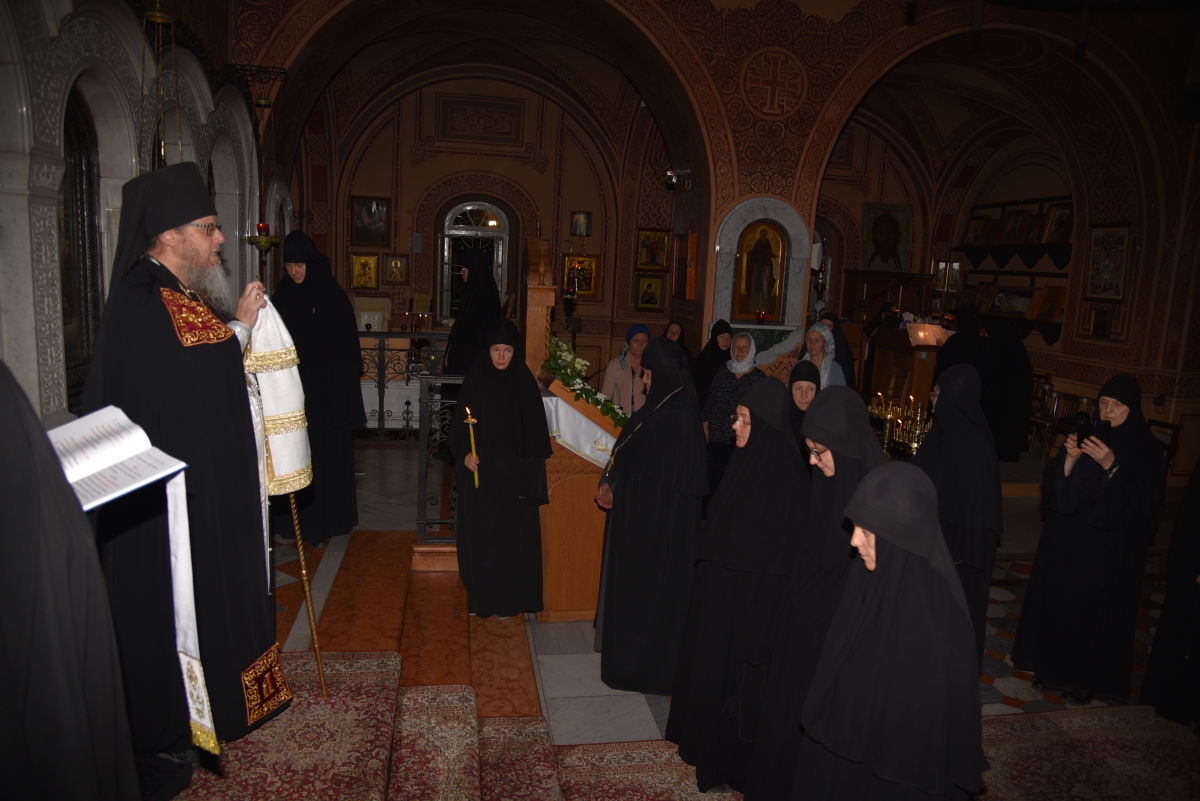 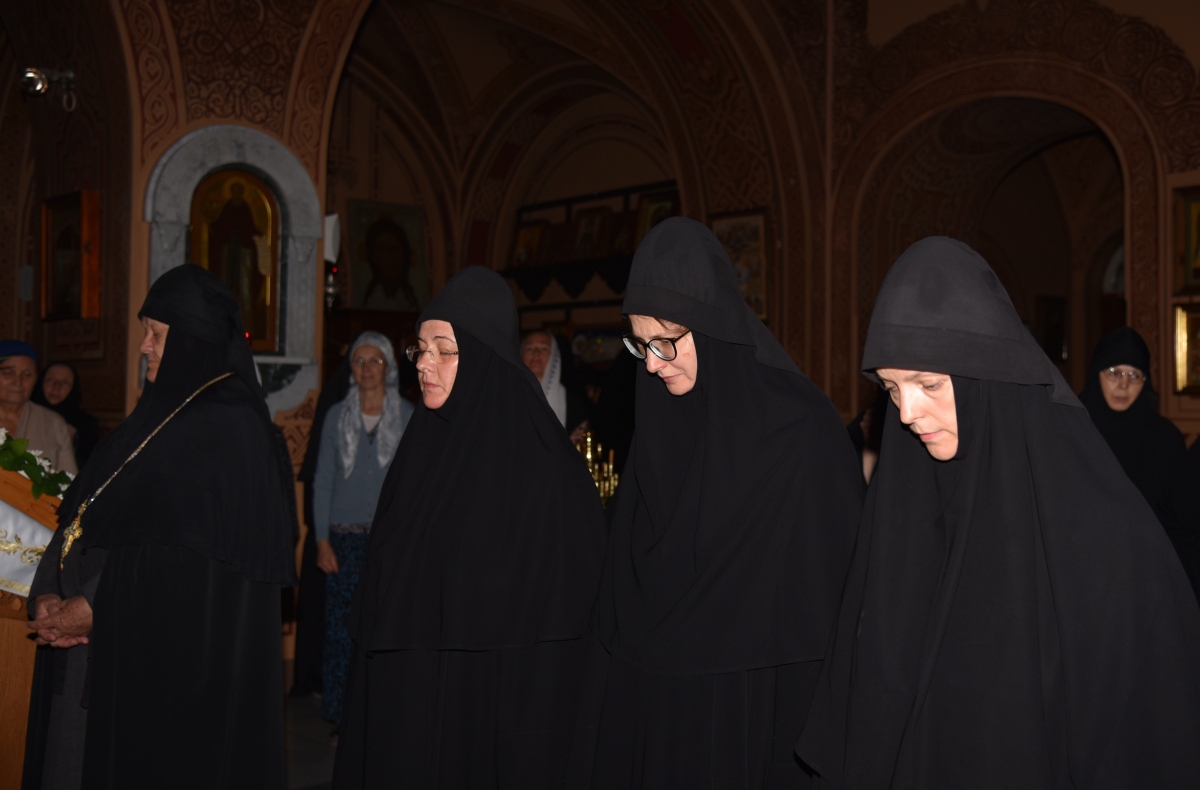 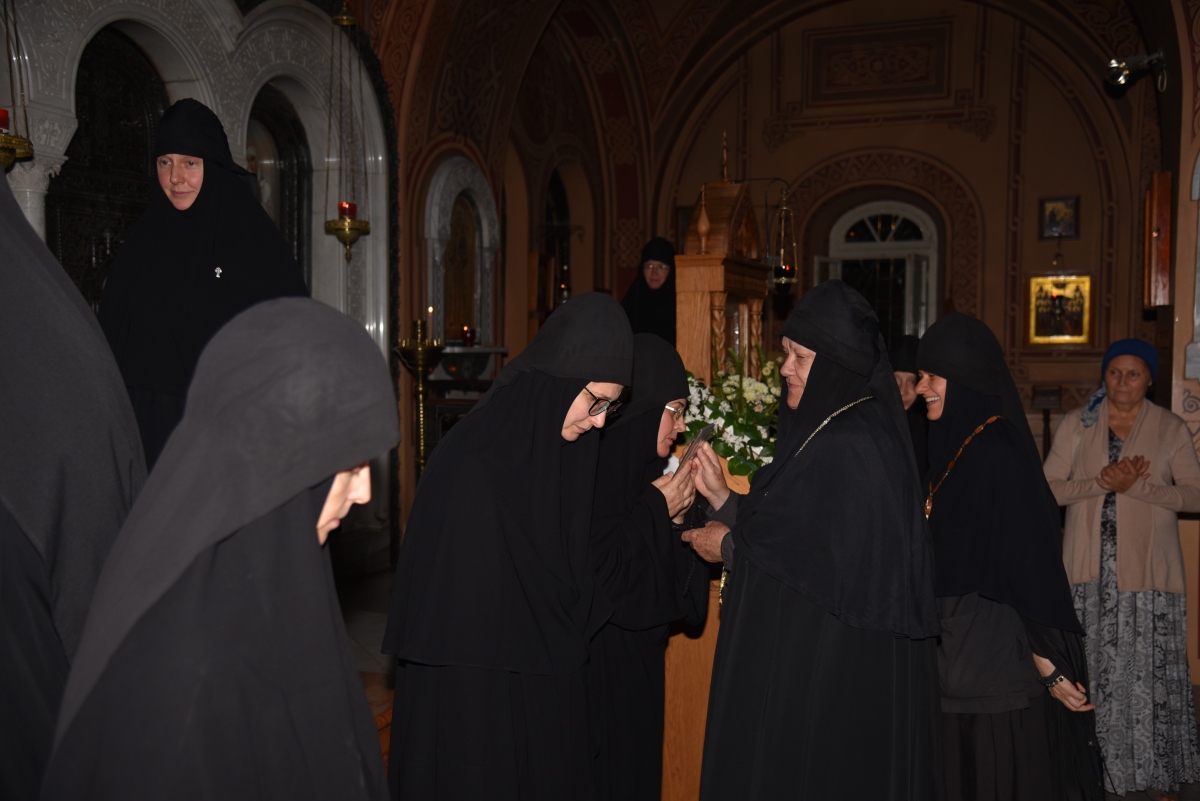 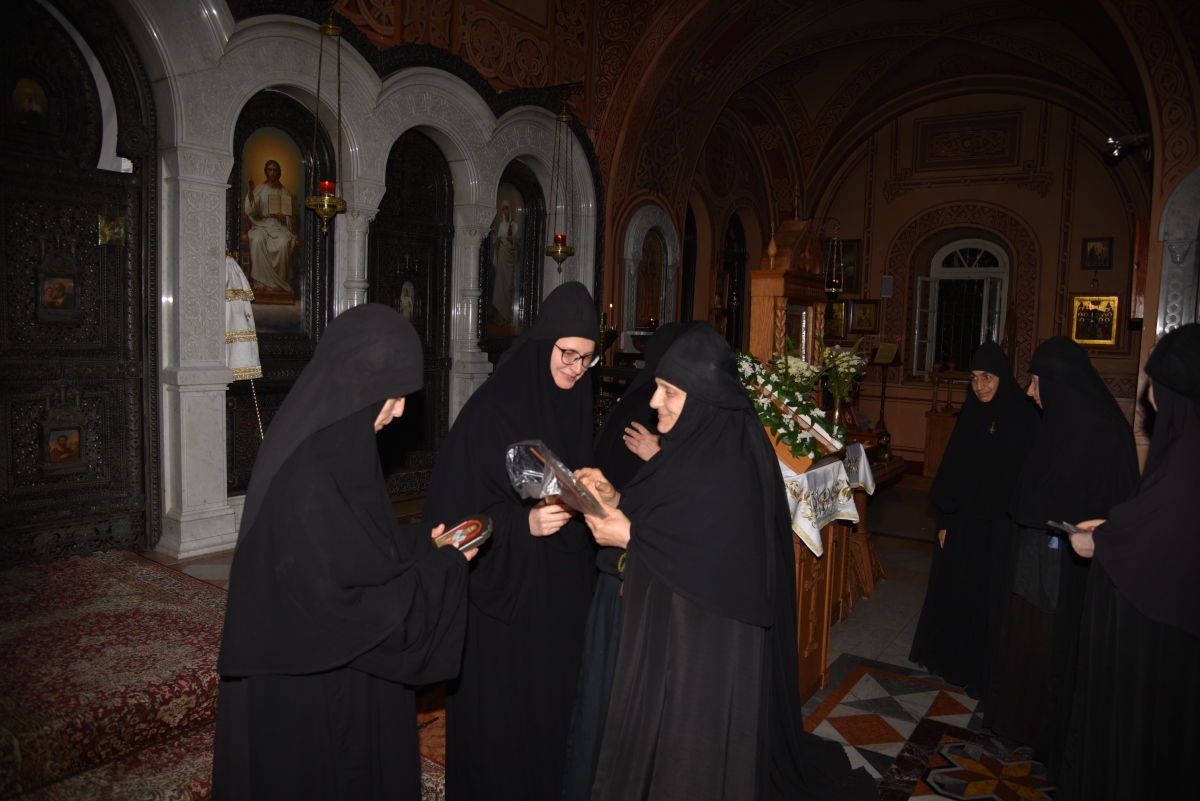 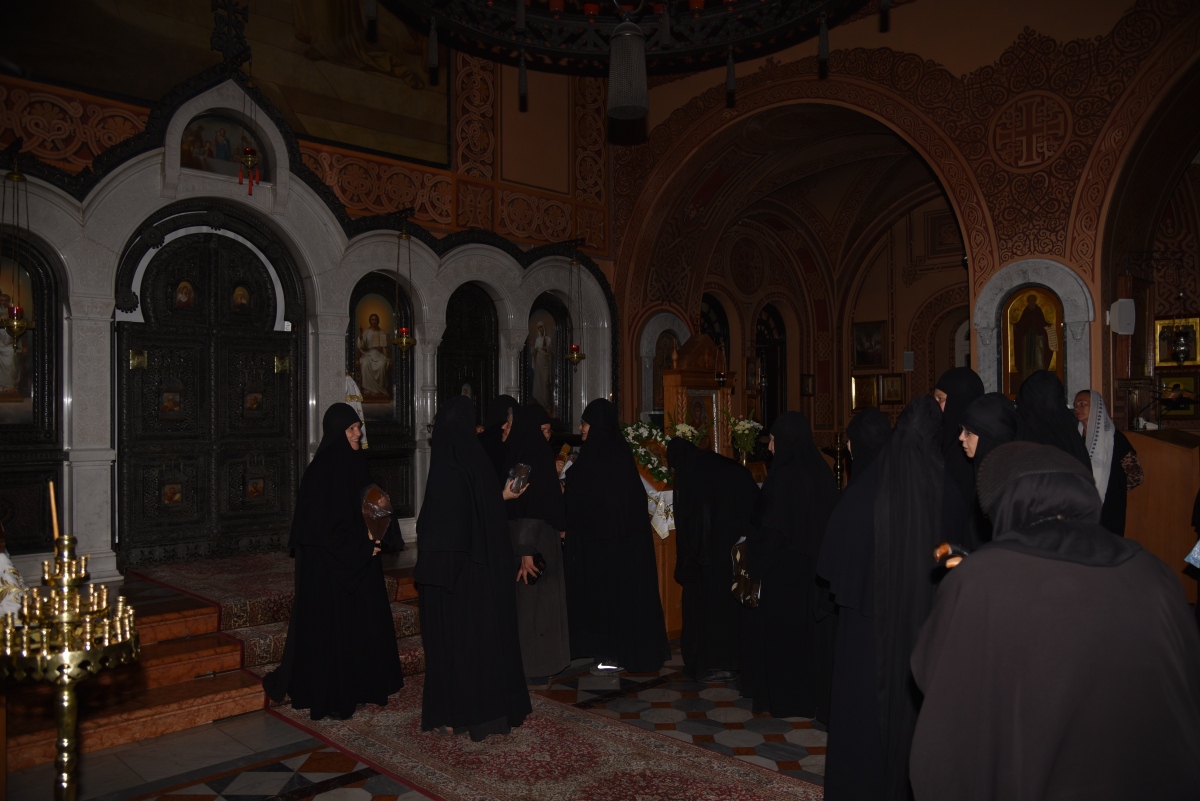 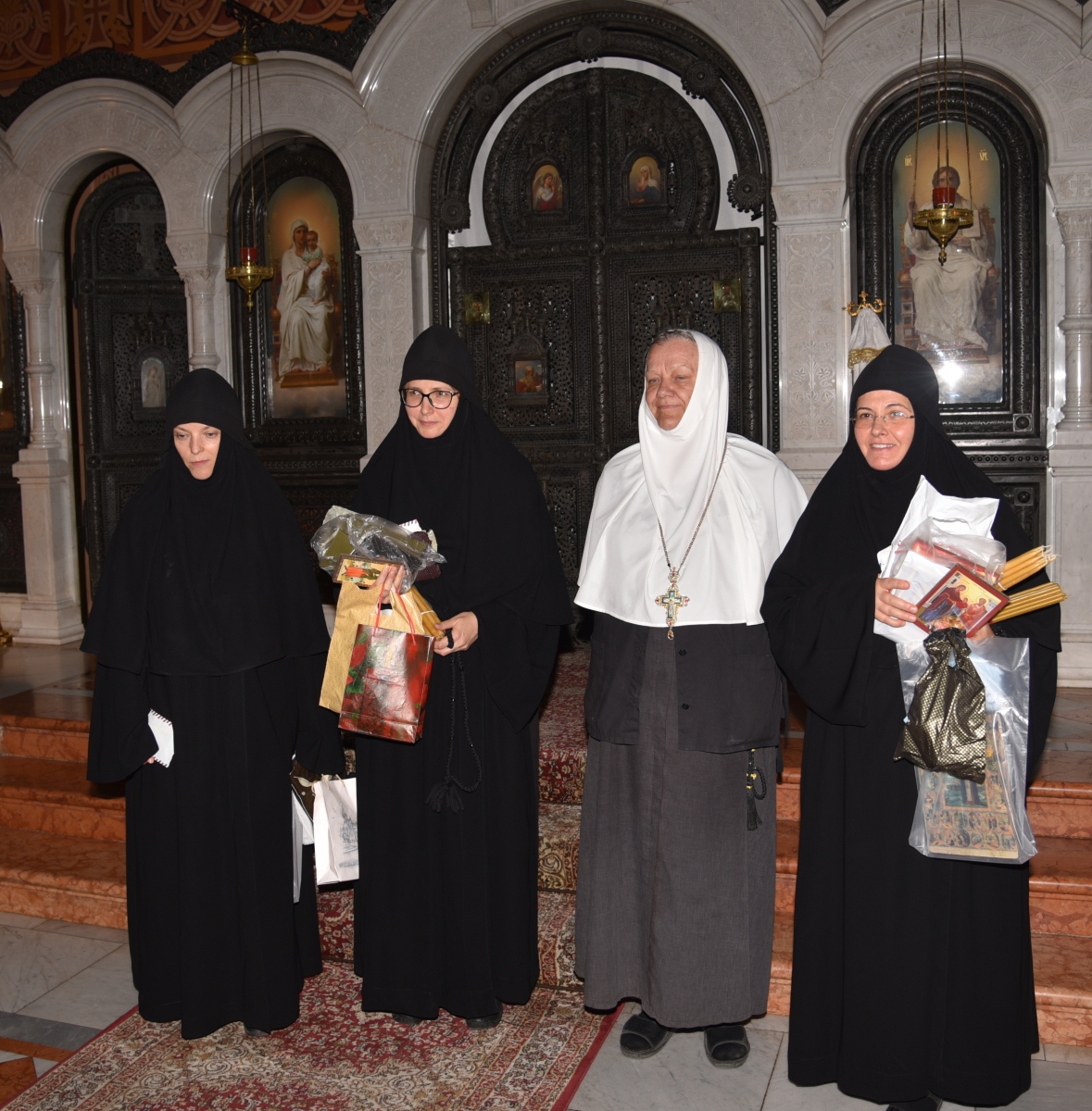