Archimandrite Roman (Krassovsky), the head of the Russian Ecclesiastical Mission in Jerusalem of ROCOR, joined the leaders of the different Churches in Jerusalem on December 29 at the residence of the President of Israel, Mr. Isaac Herzog, for His Excellency’s annual New Years reception. 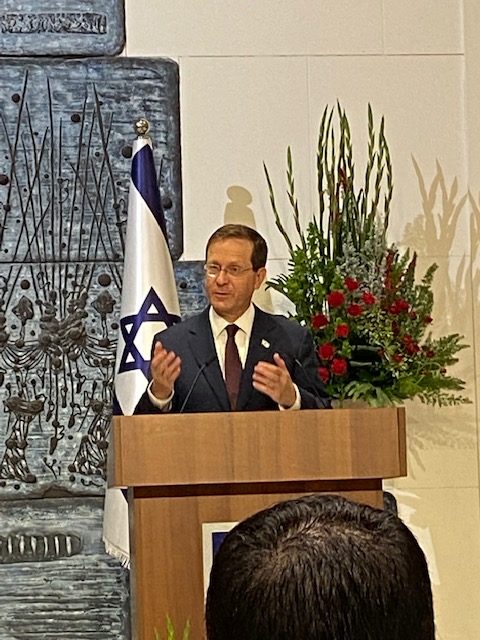 The President wished all in attendance a Merry Christmas and underlined his country’s commitment to freedom of worship and religion and passed on the message that “Israel will stand strong against any forms of racism, discrimination or extremism, and we reject any assault on or threat to religious communities, leaders or sites. May we all work together to expand the circle of peace and tolerance in the Holy Land, our region, and the world”. 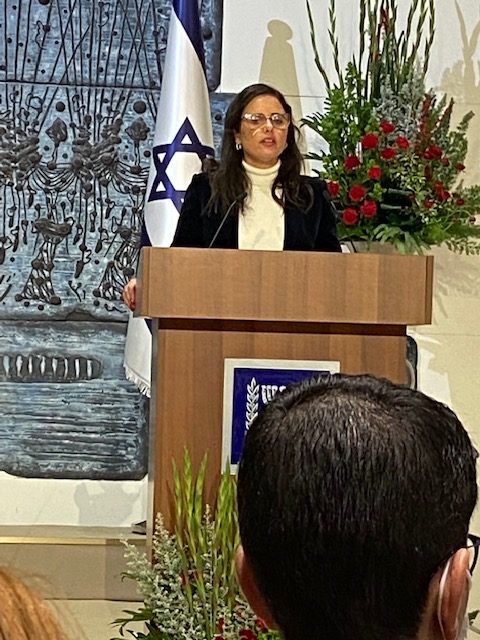 The Minister of the Interior of Israel, Madam Ayelet Shaked also spoke stating that her Ministry supports the development of Christian holy sites and expressed her hopes for a soon return of Christian pilgrimage to the Holy Land. 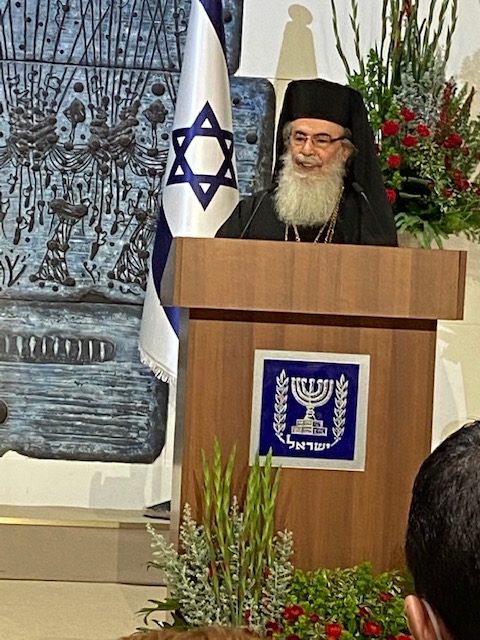 His Beatitude, the Greek Patriarch of Jerusalem Theophilos III spoke on behalf of the Christian Churches thanking the President for his support and help. His Beatitude did stress the concern of growing assaults against Christians in Jerusalem from certain “fringe groups”.

Those in attendance were entertained by some musical numbers performed by local musicians.