On March 9/22, on the feast day of the Holy Forty Martyrs of Sebaste, the name day of His Beatitude Patriarch Theophilus ӀӀӀ of Jerusalem and All Palestine, Archimandrite Roman (Krassovsky), Head of the Russian Ecclesiastical Mission in Jerusalem of the Russian Orthodox Church Abroad, presented a congratutory letter from the First Hierarch of ROCOR, Metropolitan Hilarion, on the day of his patron saint. Father Roman, on his own behalf and on behalf of the sisters of the Mission monasteries, wished spiritual strength, bodily health and wisdom from the Almighty to rule the Holy Church in these difficult days. Then Fr. Roman presented His Beatitude with a “lark” baked for the day of the holy forty martyrs. 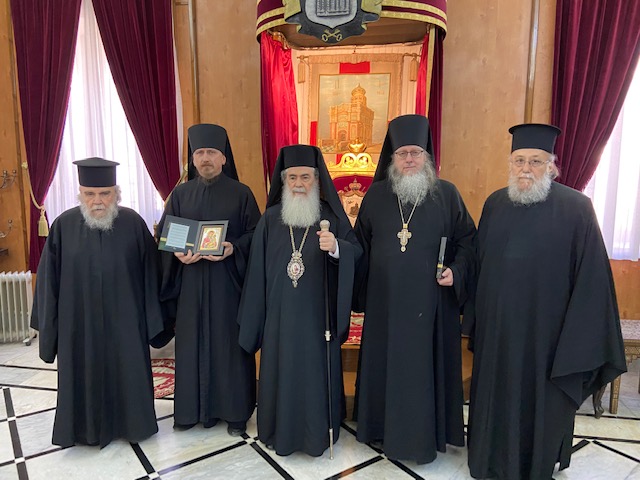 At this time Fr. Roman presented to the Patriarch a new cleric of the Mission, Hierodeacon Amphilochius (Mazur), for the blessing of serving in the Mission.

Afterwards Fr. Roman discussed with His Beatitude and Archbishop Aristarchus, Secretary of the Greek Patriarchate, various pending issues, including the Israeli government’s decision to declare a National Park on the western slope of the Mount of Olives, which wouls include several Mission sites. 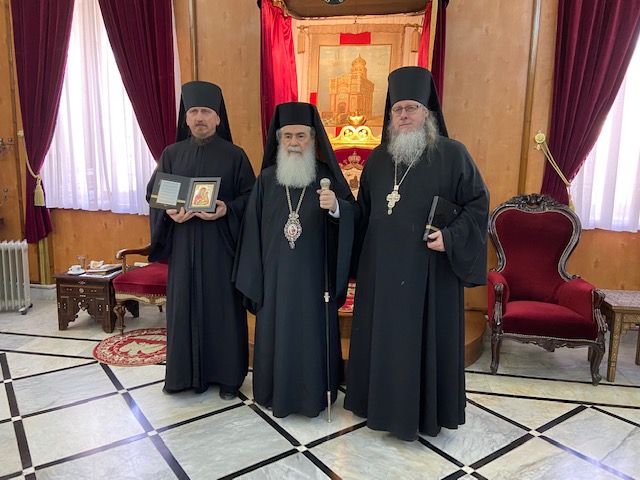 After the conversation, His Beatitude blessed the new cleric of the Mission with the icon of the Most Holy Theotokos.